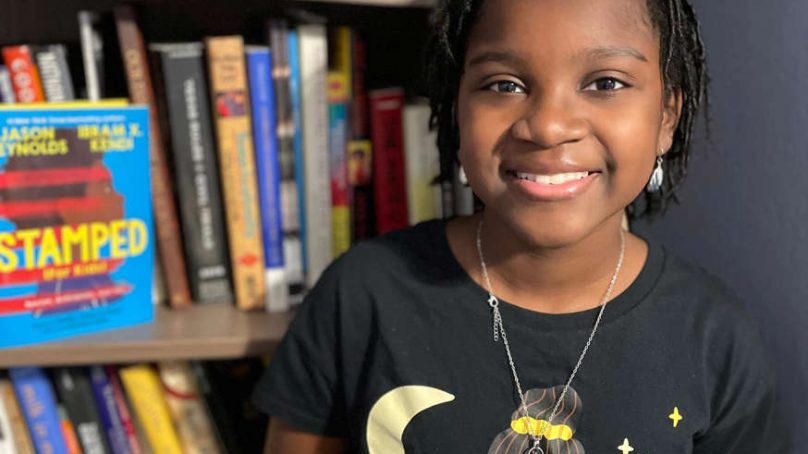 Growing up in the Baltimore area, Zach Koung didn’t have many opportunities to learn about the gay-rights movement, or to read books featuring queer characters and love stories. Such topics and learning materials weren’t a part of his schools’ curricula.

Koung became depressed as a teen – and, in retrospect, he’s sure that lack of exposure had something to do with it.

“It was so emotionally draining to know who I was inside yet not see that reflected in the books we read,” said Koung, 18, now a freshman at the University of Pennsylvania. Education is supposed to be about “teaching the facts, teaching science, teaching what’s right, and it made me think something was wrong with me.”

“There was a lot of unlearning that I had to do as a result of that,” said Koung, who serves as a youth leader with the It Gets Better Project, an LGBTQ+ advocacy organisation. Part of that unlearning involved a successful run for his local school board. In that role, he pushed for his district’s adoption of an LGTBQ+ studies course, whose development he’s now helping to steer.

Koung is hopeful: That initiative is part of a national trend, driven partly by youth activists, to make curriculum more inclusive. But he’s also deeply concerned about threats to that progress – including a simultaneous trend that’s picked up steam in recent months.

The American Library Association has documented a “dramatic uptick” in challenges to books in libraries’ collections. In some states, titles are being pulled from libraries at an unprecedented rate. The association received 330 reports of such challenges last fall alone. Almost all of the most frequently targeted books deal with race, gender or sexuality, and recent challenges have tended to focus on newer titles that explore the intersection between all three – George M. Johnson’s “All Boys Aren’t Blue,” for example, and Maia Kobabe’s “Gender Queer.”

The largely conservative politicians and parents who have pushed to remove certain titles from schools or libraries say the books are inappropriate for students. The books often contain sexually explicit scenes and vulgar language and explore uncomfortable themes such as death and rape.

Some book challengers worry the literature in question fosters biases or guilt. Exposure to that content, they conclude, does more harm than good.

But many students – who according to a recent ALA analysis initiate fewer than one per cent of book challenges – believe the reverse is true. Banning books can have academic, social and mental-health consequences, they say, and research seems to support their claims.

So, what happens to children when they lose access to a certain book, or even when access is simply in question? How does such a challenge affect their academic experience, their relationship with school or their self-image?

Direct links between book banning and young people’s well-being are hard to research. One study, published in 2014, found students who read any of the titles on a list of 30 commonly challenged books tended to have better civics participation than those who didn’t.

Specifically, banned-book readers were more likely to show interest in elections and be involved in charitable causes.

The study didn’t find any significant correlation between banned-book reading and aggressive behaviour or bad grades. And while it did find a small cluster of girls who read books on the list were more likely to struggle with mental health challenges, those were extreme cases, according to Chris Ferguson, a psychology professor at Florida’s Stetson University who authored the study.

That may have been because students already struggling with mental illness were drawn to the “edgy” content.

He emphasized book challenges come from both sides of the aisle. Activists on the left in recent months have challenged Dr Seuss books, for example, and “To Kill a Mockingbird.” “If your kid is isolated and reading a bunch of these books, maybe you want to talk to them, but banning the books isn’t going to be the thing that’s going to fix this.”

In Ferguson’s view, energy should be spent on improving children’s access to books they want to read. One unanticipated finding from his study: Reading a book for pleasure – rather than reading it as part of a class assignment – was associated with higher GPA.