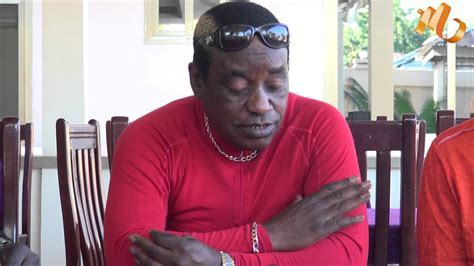 When he arrived at Orchestra Lipua Lipua, the band was in a flux – nay, anarchy – with musicians leaving and others joining the band.

However, Paul Nzaya Nzayadio who had just returned to Kinshasa from a trip to Abidjan, Ivory Coast, where he had accompanied Madilu System, did not take long to settle in when joined Lipua Lipua.

Movements of musicians was not a new phenomenon in Zaire (Democratic Republic of Congo). Georges Kiamwangana Mateta, who owned a repertoire of bands that radically re-ordered how rhumba music was played – and danced – in, then Zaire, had a few years earlier himself broken ranks Congo music colossus Luambo Luanzo Makiadi Franco.

Therefore, the movements in and out of Lipua Lipua were not exceptional but they made it impossible for the groups that Kiamwangana had sliced off Orchestra Veve to stabilise.

Inflated egos, regional and ethnic rivalries undermined the entertainment industry in Zaire, which at the time was experiencing political and cultural upheavals.

Nzayadio traded gospel with secular music and his first port of call when he switched allegiance Orchestra Bakuba led by Madilu System.

“I started my professional music with Bakuba Mayopi Band, where I found Madilu System and Yossa Taluki. That was in 1973. Before that I used to sing in the church with my other and my father. When I joined Bakuba Mayopi Band, we travelled to Gabon (for a series live shows). When I returned to Kinshasa in 1974, I joined Orchestra Lipua Lipua. The first song I sang when I joined Lipua Lipua in 1974 was Nouvelle Generation,” recalled Nzayadio during an interview with Michuzi TV in Dar es Salaam, Tanzania, in July 2015.

With a tantalising baritone that easily transited from bass to tenor and back during performances, he became an instant hit in the industry. Vocals alone do not make music: there was rhythm guitarist Vata Mombassa to compliment the clear baritone voice.

Nouvelle Generation went on to become Lipua Lipua’s signature hit. It was in this song that Vata Mombassa’s dexterity at the rhythm became the talk of Kinshasa. Even Franco took note.

It is against this backdrop that Lipua Lipua fans in East Africa were shocked to learn of his death in London, where had been living for many years.

Nzayadio’s voice evokes memories of an era when Cavacha genre revolutionised the sedate rumba beat that was known for its long sonorous vocals and monotonous bass.

Cavacha took the entertainment scene by storm at a time the fashion industry was undergoing a Mombasa’s revolution from the “tube” long-trousers to the “bell-bottom” and “flare” that were complimented with “slim-fit” shirts and “platform” shoes for men. Women were transiting from the “mini-skirts” and “tights” in favour of the “maxi’ – a loose African dress that covers the entire body.

The younger generation wanted freedom from what they perceived as a decadent past to do what they pleased: from fashion, music to food and liberal sex. In Nouvelle Generation the musician urges generational and cultural coexistence.

During a tour of Dar es Salaam, Nzayadio revealed that the generational rebellion at the time inspired the song.

“The message in Nouvelle Generation was to the young people and children to respect their mothers and fathers and other adults. The song was a caution to young people to respect the adults when they are advised n what to do because they do not have enough experience to steer them in life. Even when you are walking on the road give way to older people,” explained Nzayadio.

Unlike his contemporaries, Nzayadio falls in the category of artists who record economic, social and cultural developments in societies they live in. He is not strong on love or romance – the easy path most musicians walk. He is a moralist and a social structuralist.

This is evident in the classic Mbondo, also composed by Malanda, but in which Nzayadio renders with exceptional excellence supported by Tedia, Kilola, Mongoley and Lusuama Aspro on the calls.

While he was at Lipua Lipua, Nzayadio had impact in East Africa. While Mombassa influenced Les Wanyika rhythmist Omar Shaban, Nzayadio’s vocal prowess rubbed off Les Wanyika vocalist Rashidi Juma. The bands’ rhythmists were both nicknamed “Professor” as an acclamation of their dexterity at the rhythm guitar. Les Wanyika’s vocalist Shushu had similarities with Santana Mongoley in their high-pitched sopranos.

The theme of Lipua Lipua’s Ndukidi, Matoba and Mbondo classics also finds Kiswahili expression in Les Wanyika’s Nisaidie Baba and Uchungu wa Mwana. Mbondo and another hit Matoba mock snobbism and rashness, which had begun subsuming modesty and humanness at the time of composition.

That is why in Nouvelle Generation Lipua Lipua says, “Mwasi akimi baboti akoti ndako ya makwela eh (A woman has rebelled against hr parents and eloped with an in-law). It was unheard of for a woman to make the first move in a romantic relationship.

Prior to joining the Choc Stars Band, he had brief stint with Tabu Ley in 1983. He did not record with Afrisa International during his six-month stay.

Nzayadio’s meteoric rise to stardom is down to the proverbial turning a lemon into lemonade. The instability in Lipua Lipua’s formative years created room for him to find his footing.

After Bella Bella split from Vercky’s Orchestra Veve in 1973, it was consumed by internal wrangling to the extent some members decided to leave. Bella Bella composed a song titled Lipua Lipua and when the unrest in the band persisted, some founding members – Pierre Bissikita, Kevin Kayembe, Tonton Ricos, Mulembu Tshibau, Malanda, Nyboma and Pepe Kalle – quit to Lipua Lipua.

Lipua Lipua’s initial songs did not do well on the music scene. Massale, Lusamba, Nkoleta and Mombassa were hardly known beyond Zaire until Kamale hit the market. Kamale would in 1973 be voted “Song of the Year in Zaire”.

The unrest that had begun in Bella Bella resurfaced in Lipua Lipua and led to the departure of Pepe Kalle, Pierre Bissikita and a few others. The departures did not affect Lipua Lipua. It immoderately recorded two hits. These were Fuga Fuga and Niki Bue, but notable in the two songs was the vocal finesse Lipua Lipua came to be known for after the arrival of Nzayadio.

As the group revelled in success, competition was heating up. With lingala music always evolving Lipua Lipua began ceding ground to the new Soukous genre that took Zaire by storm from the late 1970s. Lipua Lipua found it difficult to stave off competition and relocated to West Africa, beginning with a sort stint in Monrovia, Liberia, before moving Abidjan, Ivory Coast.

The band realigned itself to the ever-changing music and adopted a fast-paced beat that seemed to take away the rambunctiousness it had come to be associated with. It sacrificed the rambunctious saxophones, raspy solo guitar and frenetic rhythm and powerful vocals.

The only standout song during this transition years was Mfueni, but remained within the remit of Lipua Lipua compositions as a moralism dashboard. Other hits were Mimi and Carte Blanche.

The inevitable happened. The band split, with Vata Mombassa forming Orchestra Niamou Niamou. That is when Nzayadio went solo in 1980. Mombassa remained in Abidjan where he is still based to date.

After failing to make a breakthrough as a solo artist, Nzayadio joined Choc Stars Band, a soukous band., that was founded in 1983 by Ben Nyamabo. He teamed up with Bozi Boziana.

When he left Choc Stars he relocated to London and became a session musician until he breathed last on Monday last week.

He joins other prominent African musicians who have succumbed to coronavirus, among them Arlus Mabele, Manu Dibango, Hugh Masekela and Selif Keita.