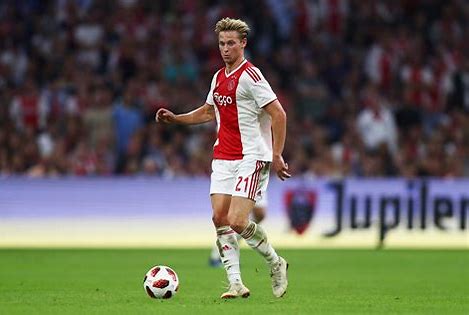 Barcelona midfielder Frenkie de Jong is still keeping his options open this summer with Manchester United confident they are well placed for his signature, sources at both clubs aver.

The Red Devils have secured the signings of Tyrell Malacia, Christian Eriksen and Lisandro Martinez with their transfer business speeding up over the past few weeks. A couple of issues are still hanging over the club ahead of the new season, though, with Cristiano Ronaldo looking to leave the club and the constant speculation that a deal for De Jong is on and then off.

Barcelona president Joan Laporta has been speaking to the media and has yet again managed to say exactly the same thing in a slightly different way. Laporta is adamant that he still wants De Jong to remain at the Camp Nou but hasn’t completely ruled out the Netherlands midfielder leaving.

When asked whether he could definitely rule out De Jong moving to Manchester United, Laporta added: “In football, you never know. I can’t say categorically. It all depends on the different parties. But in principle, I can say there is a strong possibility he stays, and I can say as president I will do my best for him to stay at Barcelona.”

And Spanish publication Sport have woken up and decided it is a good news day for Man United with claims that the Red Devils “know they are favourites despite the fact that Chelsea have asked about the player”.

De Jong “will not negotiate anything about his departure until it is clarified what happens to his salary” with Barcelona still reportedly owing him around £17 million in deferred wages and bonuses from the height of the Covid-19 pandemic.

It is understood that the Dutchman “hasn’t said no to United or to anyone” this summer and Sport describe “the environment is tense and it is likely that there will be a summit very shortly to clear things up”.

Man United are willing to help resolve the salary mess but they have been told that it is “a negotiation between the footballer and Barca”.

Sport reported, “United have brought out all their artillery and are willing to continue fighting until the last day of the transfer market, convinced that De Jong is open to signing for the English club despite everything that is being said. Ten Hag has spoken with the player and he knows perfectly well everything that is happening and, for this reason, he has asked United to wait because he sees the operation as viable.”