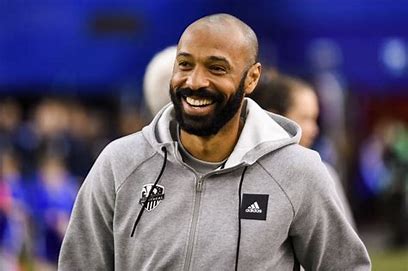 Thierry Henry has, unsurprisingly, admitted that he would never manage Tottenham after reflecting on Arsenal’s start to the new season.

The Gunners completely outplayed Nuno Espirito Santo’s side in the first north London derby of the season last month, as Mikel Arteta led his team to a comfortable 3-1 win at the Emirates Stadium.

Legendary figure Henry, who spent eight years with the Gunners, reflected on that game. However, he couldn’t refuse the chance to have a dig at Tottenham in the process.

Henry said at the Prime Video Presents Sport 2021 event as reported by The Sun, “I’ve seen us beating Norwich before, winning at Burnley, beating Tottenham at home – because we always beat Tottenham at home. I was more than happy when we beat Tottenham as we were on a good run. But I was waiting to see a performance, away from home, against a team [Brighton] that passes the ball. And, instead, we suffered.”

The Arsenal icon was also quizzed on whether he would ever consider being in the dugout for Spurs.

His response was pretty emphatic though, saying: “That would never happen in a million years.”

Meanwhile, Jack Wilshere has already earmarked youngster Charlie Patino as a player to look out for at Arsenal. Wilshere, back at London Colney after taking up the invite to train with the Gunners by Mikel Arteta, has eye on Patino.

Former England international Wilshere is currently training with the Under-23s as he looks to gain fitness and find a new club. The 29-year-old, who has been a free agent since leaving Bournemouth at the end of last season, will also occasionally train with the Gunners first-team as well as studying coaching approaches.

Wilshere watched on from the stands as Arsenal’s Under-21s won 4-3 at Newport in the Papa John’s Trophy on Tuesday. Patino did not play having made his England Under-19s debut last week. But Wilshere is convinced a first-team debut is on the horizon for the central midfielder.

“I know him. I’ve seen him play and he’s a good player,” Wilshere told the PA news agency.

“He’s obviously really young still and got a lot of developing to do. But he’s definitely one who everyone at the training ground is talking about. The first-team players know who he is and he is a good player and one for the future for sure.”

The Gunners are next in action when they host Crystal Palace on Monday night.