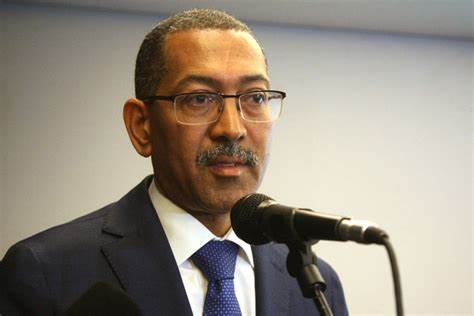 The election of Angola to the rotating presidency of the conference of ministers of Opec is expected to thrust Angola Minister of Mineral Resources, Petroleum and Gas Diamantino Pedro Azevedo to the forefront in the efforts to stabilise the volatile oil market in the new year.

Currently, average brent oil prices for 2020 stand at approximately $49 compared to $64 the previous year and $71 in 2018 per barrel. The 31 per cent drop on average from last year in the price of oil per barrel represents a significant challenge for all Opec members especially those whose revenues are heavily dependent on the oil sector like Angola.

Despite Covid-19, multiple lockdowns and the resulting drop in economic activity globally, being primarily responsible for the significant drop in oil prices, the Russo-Saudi oil price war of March 2020 was certainly also a major source of market instability.

The task at Opec is to ensure that global oil markets stabilise in 2021 and lead to a recovery in global prices has now fallen on the shoulders of Diamantino who has built a reputation in recent years of being an effective manager and enforcer of reform of Angola’s oil and gas sector.

“We are very confident that Diamantino will employ the same fervour that he used to reform Angola’s oil sector when Opec towards achieving the needed global oil market stability,” said Sergio Pugliese, President of the African Energy Chamber in Angola.

“Price and market stability are good for Opec’s members and for the Angola too,” Mr Pugliese continued.

Despite Opec’s quota of global daily oil production dipping to below 50 per cent of global output in recent years, especially due to the significant increase in shale production in the United States of America, the organisation continues to hold major sway, with its Opec+ alliance.

The Opec+ alliance consist of the 13 Opec members and 10 of the world’s major non-Opec oil-exporting nations who have come together with the sole aim of ensuring market stability and maximum revenue returns for oil producing countries.

Similar to many other oil producing nations in Opec, Angola’s economic growth for 2020 will be negative. The world bank’s forecast currently stands at negative four per cent. It is therefore in Angola and Africa’s interest for the African Energy sector to give Diamantino the necessary support to ensure that oil markets stabilise and lead to a steady increase in prices in 2021.

This will lead to a direct increase in government’s revenue and its ability to deliver on much needed jobs for Angola’s youth.

Fifty years since its foundation Opec continues to have challenges that hamper its effective operation. The growth in unconventional oil production through recent technological advancements is one such challenge.

In 2009, after a nearly 40-year decline in US crude oil production, shale and sand-based oil extraction helped ramp up output. New technologies have allowed American producers to tap into previously trapped oil at decreasing cost, leading the United States to become the world’s largest oil producer in recent years.

A decade later, US production levels are almost double, which has taken Opec by surprise. The increase of oil production by non-Opec members like the US, reduces the ability of Angola and other Opec members to push for higher oil prices.

Pressure from western lobby groups to Fasttrack decarbonization and kill the oil industry globally under the guise of saving the planet is another such threat that will demand a coordinated response from oil producers. In the absence of Opec and the coordination amongst its members, countries like Angola are likely to suffer more from the diktat of the market.

One does not have to look far to see how the absence of an organisation like Opec has led to African coffee producers being left at the mercy of global coffee markets. Angola, once a major coffee producer and exporter, with a total output of 230,000 tonnes has seen its coffee growing industry nearly disappear. Angola currently produces just over 8,000 tonnes of coffee per year.

Given the importance of agriculture as a job creator, it would have helped Angola had the coffee industry had an organisation like Opec to protect its interests. The Angolan and African energy sector must support Diamantino through his tenure to ensure oil market stability in 2021. It is in Africa’s interest and it is good for job creation in Angola.