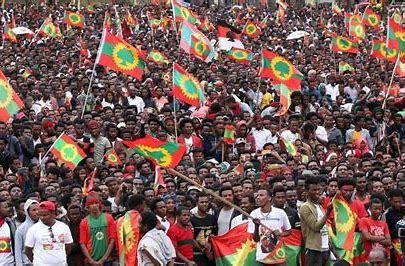 Amnesty International on Thursday called for an investigation into the massacre of more than 400 Amhara civilians in Ethiopia’s Oromia region last month, citing eyewitnesses who blamed a local rebel group for the killings.

The Oromo Liberation Army (OLA) has denied the accusations, saying government-allied militias were responsible for the 18 June massacre in the west of Ethiopia’s most populous region, which has seen an increase in violence in recent months.

The assault began around 9 am, when armed men allegedly belonging to the OLA surrounded villages in Tole Kebele, according to nine witnesses interviewed by the human rights group. Government forces arrived hours after the attack ended, despite villagers alerting district officials after the first bullets were fired.

The attackers carried out summary executions of ethnic Amhara, while also looting and burning homes, in claims corroborated by satellite imagery which showed evidence of fires breaking out in the area, Amnesty said.

The Amhara make up about 10 per cent of the regional population.

“These horrific killings in Tole, allegedly at the hands of the Oromo Liberation Army, reveal its perpetrators’ utter disregard for human life,” Deprose Muchena, Amnesty’s director for East and Southern Africa, said in a statement.

“This callous massacre, which also saw women and children lose their lives, must be independently and effectively investigated,” he added.

No official toll from the massacre has been published, but Prime Minister Abiy Ahmed’s office said last month that 338 victims had so far been identified. A local administrative official told Amnesty that at least 450 people were killed in the attack.

Witnesses said they identified the attackers as OLA militants because of their uniforms, their “distinctive long braided hair”, and their use of the Oromiffa language.

The gunmen also set fire to houses and looted cattle, cash and other items belonging to the villagers, Amnesty said. Ethiopian authorities have blamed the OLA for a number of massacres targeting Amharas, the country’s second largest ethnic group, after the Oromo.

The OLA, a shadowy group which has been fighting the federal government in Oromia since 2018, gained new prominence last year when it struck up an alliance with Tigrayan rebels who have been at war with pro-Abiy forces in northern Ethiopia since November 2020.