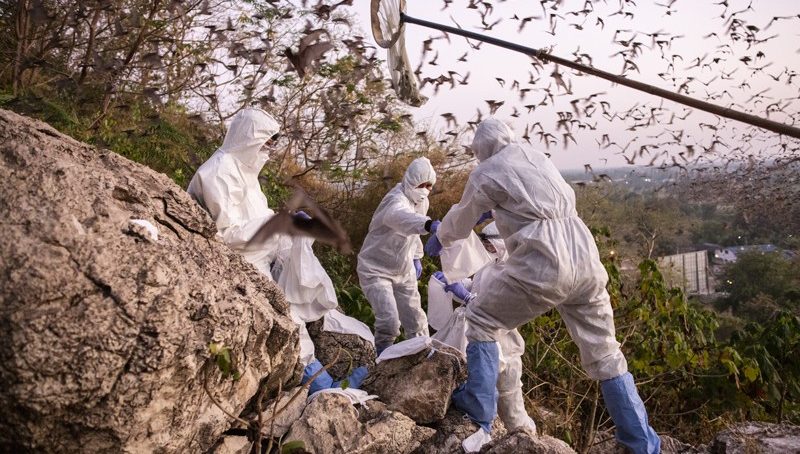 Amid allegations of lack of transparency in Covid origin findings, WHO names new team to reboot research

The World Health Organization (WHO) has selected 26 scientists to oversee a fresh investigation into the origins of the Covid-19 pandemic, and into future outbreaks of emerging diseases. The organisation plans to officially appoint all or most of them soon after a two-week period of public review.

With the launch of its Scientific Advisory Group for the Origins of Novel Pathogens (SAGO), the WHO has revamped its usual approach to outbreaks, in which researchers unravel the origins of epidemics as the need arises. Shortcomings in that approach have become clear as the origin of the Covid-19 pandemic remains unknown nearly two years after it began.

“This topic requires a lot of technical expertise, so I’m glad to see that the WHO has selected serious people with enough research background to understand the work that may be required to investigate the origins of outbreaks,” says Gigi Gronvall, a biosecurity researcher at Johns Hopkins University in Baltimore, Maryland, who is not involved with SAGO.

The WHO says the group will advise on additional information required to uncover where the coronavirus SARS-CoV-2 came from. Some SAGO members might be involved in the next phase of the Covid-19 origins investigation in China, and perhaps in other countries – indeed, six of them were part of the first team of 34 researchers on a WHO-organised mission that wrapped up in March.

SAGO is also tasked with developing a framework to guide investigations into the start of epidemics more generally, such as determining what data to collect and report.

Maria Van Kerkhove, who heads the WHO’s emerging-diseases unit and helped design SAGO, explains that finding the origin of a novel pathogen takes careful detective work, and that this can be especially difficult at the start of an outbreak when affected countries are scrambling to curtail a pathogen’s spread.

“Next time an outbreak is declared, the secretariat can pull this committee together,” she says, and ask for advice on what information researchers should collect immediately.

Van Kerkhove says the WHO selected the 26 unpaid advisers from more than 700 applicants. They all hail from different countries, have expertise ranging from biosafety to wildlife biology and applied to serve for a variety of reasons.

For example, Marietjie Venter, a molecular virologist at the University of Pretoria in South Africa, studied the spread of the H1N1 influenza virus among people and pigs during the 2009 pandemic, and recently used genomic sequencing to show that zookeepers in South Africa inadvertently infected tigers with SARS-CoV-2.

Venter says she’s keen to hone the WHO’s ability to rapidly determine when spill-overs of new viruses have pandemic potential.

For Christian Happi, a genomicist at the African Center of Excellence for Genomics of Infectious Diseases in Ede, Nigeria, the appeal of SAGO was a chance to push for deeper investigations into outbreaks in African countries. “When things happen in our part of the world, not many people worry about the origin or try to prevent it from happening again,” he says. “Africa needs to be at the table.”

Two of the 26 advisers have a background in laboratory biosafety, an issue that rose to prominence during the Covid-19 pandemic as some questioned whether SARS-CoV-2 escaped from the Wuhan Institute of Virology (WIV), in the Chinese city where the first cases of Covid-19 were detected.

Last July, WHO director-general Tedros Adhanom Ghebreyesus said that an audit into research at the WIV should be included in the next origins investigation.

Jeffrey Sachs, an economist and policy analyst at Columbia University and chair of a Covid-19 commission affiliated with medical journal The Lancet, says he hopes that SAGO will assess studies conducted on coronaviruses and consider whether the type of research – for instance, modifying the viruses – might shed light on the origin of the pandemic.

To do so, he says that US research groups, including the US National Institutes of Health and the New York-based organisation EcoHealth Alliance, must be more forthcoming about studies they fund, conduct and propose. Last month, Sachs disbanded a Lancet commission team assessing pandemic origins out of frustration with a lack of transparency from its members.

In the name of transparency, Van Kerkhove says she’s asking all SAGO candidates to disclose any conflicts of interest that might adversely affect their ability to take part in origin studies. Until October 27, anyone can submit comments about the candidates. She and her colleagues will review these confidentially and respond as they see fit – potentially eliminating applicants.

Once the panel is confirmed, the group will take stock of what’s already known about the origins of Covid-19 and outline next steps. Currently, Van Kerkhove says the WHO is collaborating with Italian researchers to analyse patient samples collected in Italy in November and December 2019, that might contain remnants of SARS-CoV-2. Catching up on studies in China is on the agenda as well, including analyses of people’s serum collected in December 2019 and stored at the Wuhan Blood Centre.

However, some researchers are sceptical that the WHO can make headway in China, where officials have fiercely rejected the idea that the outbreak stemmed from the WIV, which is at the centre of the lab-leak hypothesis.

But Van Kerkove expects collaboration from the country, and is hopeful the focus will be on science rather than geopolitics. “We’re really running out of time with every day that passes, moving further away from the possibility of really understanding the origins” of Covid-19, she says.