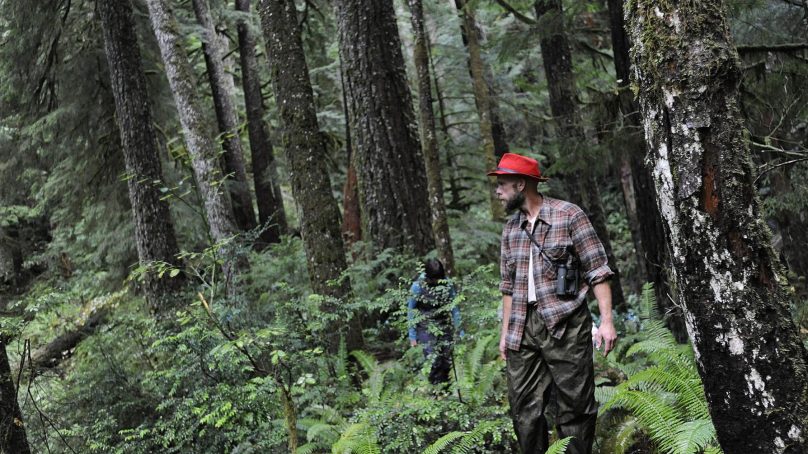 Despite lingering tensions among environmentalists and loggers, a plan to launch the largest forestry experiment in the United States – and perhaps the world – last month cleared a major hurdle. Controversially, the study would allow logging in a new research forest, in an attempt to answer a grand question: in a world where wood remains a necessary resource, but biodiversity is declining, what’s the best way to balance timber production with conservation?

“We all love wood, and we all need wood,” says Thomas DeLuca, dean of the College of Forestry at Oregon State University (OSU) in Corvallis. “We have to find ways to produce it sustainably and this project could help us do that.”

If the project – proposed by DeLuca and other researchers at OSU – launches successfully, the newly created Elliott State Research Forest in southwestern Oregon would occupy a roughly 33,000-hectare parcel of land. This would be divided into more than 40 sections, in which scientists would test several forest-management strategies, some including extensive logging.

The advisory committee for the project, which comprises environmentalists, hunters, loggers and members of local Indigenous tribes, approved the latest research proposal on April 22.

The plan comes as US President Joe Biden and other international leaders are strengthening commitments to conserve land and biodiversity before a meeting of the United Nations Convention on Biological Diversity later this year. In time, the Elliott research forest could help policymakers to determine how best to define and implement those pledges, says DeLuca.

For decades, the land that makes up the Elliott State Forest has been mired in controversy. Logging is big business in the US Pacific Northwest and this particular state-owned piece of land contains old-growth forest filled with valuable Douglas firs (Pseudotsuga menziesii) and other trees. Other sections have been actively logged and replanted since 1930. It also hosts threatened species such as the spotted owl (Strix occidentalis) and the marbled murrelet (Brachyramphus marmoratus), a seabird that nests in old-growth forests.

In 2012, a lawsuit aimed at protecting the marbled murrelet brought commercial logging in the forest to a halt.

The state of Oregon considered various options for the land, before OSU researchers stepped forward with a plan in 2018. Their proposal to convert the property into a research forest would allow logging to resume at a lower level – but in the service of science and conservation, the scientists say. According to the plan, the profit from logging in the Elliott forest – around $5 million to $7 million annually, says DeLuca – would help to pay for the experiment’s infrastructure and operations.

There are dozens of research forests around the globe, including in the United States and scientists have used them to study everything from ecology and soils to acid rain and the effects of rising atmospheric carbon dioxide levels. But the Elliott research forest would be larger than most of its predecessors, and advocates say that it would provide scientists with the first opportunity to test ecological forestry at such a large scale.

As currently designed, the project would leave more than 40 per cent of the forest – a section of old growth that has been regenerating naturally since the area last burnt, a century and a half ago – untouched by logging. In the remaining area, researchers would run a series of replicated experiments, carrying out four types of land management across 40 small watersheds.

On some plots, selective logging of individual trees would take place across the entire area. On others, clear-cutting would take place on half of the land with the other half reserved for conservation. Other types of experimental plot would mix these two approaches. To understand the impacts of each management type, scientists would measure a variety of parameters, including levels of carbon in the forest; stream health; and insect, bird and fish diversity.

So far, around 20 OSU researchers are involved in the project’s design, but the university hopes eventually to attract more scientists from across the world who would run their own projects.

The scale and approach of the experiment proposed by OSU would represent a sea change in forestry research, says Sue Baker, a forest ecologist at the University of Tasmania in Hobart, Australia, who is setting up a retrospective study looking at similar questions in Tasmanian forests.

“I can’t think of anything similar anywhere in the world where people have been able to manipulate the forest landscape at this scale,” says Baker.

Since its creation in 1930, the Elliott State Forest has been legally obliged to generate revenue for Oregon’s public schools through logging. Before OSU can take it over, the state must compensate the school fund to the tune of $221 million (the value of the forest). It has so far allocated less than half of that amount.

And other hurdles remain. The university must finish a detailed management plan that will lay out rules governing the forest, and it must craft a separate plan for managing threatened and endangered species; this will need to be approved by the US Fish and Wildlife Service.

The OSU team has spent the past few years trying to build a broad and unlikely – coalition for the effort, through public meetings and engagement with local Indigenous tribes, industry, environmentalists and other members of the project’s advisory panel, whose support will be crucial as state leaders weigh their final decision.

But tensions haven’t disappeared entirely. Many environmentalists continue to question the logic of clear-cutting forests that absorb and store carbon in the middle of a climate crisis. Rather than perpetuating a long and damaging legacy of clear-cutting, Elliott Forest could be used to pioneer new forestry methods that restore biodiversity and boost carbon storage, says Josh Laughlin, executive director of Cascadia Wildlands, a conservation group based in Eugene, Oregon. “Let’s not make the same mistakes we’ve made over the past 100 years.”

Given OSU’s longstanding ties to the timber industry and controversies surrounding its management of existing research forests, it will also need to overcome scepticism about its role as a land steward, says Bob Van Dyk, a policy director at the Wild Salmon Center, an environmental group based in Portland, Oregon. In 2019, for instance, OSU’s College of Forestry authorized clear-cutting on 6.5 hectares of one of its forests, felling trees that were hundreds of years old.

DeLuca acknowledges that there have been mistakes in the past, but says the university has a solid academic record and is committed to building a world-class research facility with the Elliott forest.

“If we are able to demonstrate practices that accommodate the broadest array of species while still generating timber for meeting human resource needs, we can have a much larger impact,” says DeLuca.

Everything will depend on the final management plan, but for now, Van Dyk and other members of the advisory board have unanimously given a provisional green light to the latest proposal.

“It’s a good project, and we don’t get many chances to do something that is truly novel and interesting,” he says.