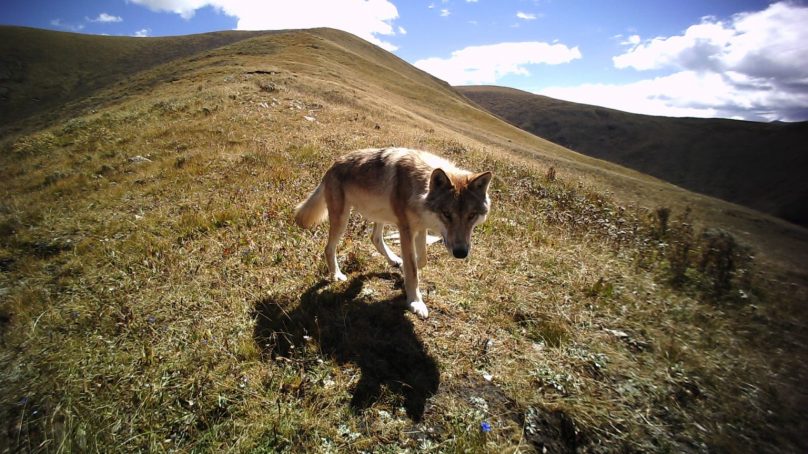 After years of defying Cites, China finally has its own list of endangered species

Thirty-two years after first publishing its List of Wild Animals Under State Priority Conservation, China has finally made an update, more than doubling the size of the list. Key additions include wolves and many endangered bird species.

“At last,” the post began, “I hope in the years to come, they can downgrade or drop out from the list once more.”

On February 5, China’s National Forestry and Grassland Administration and Ministry of Agriculture and Rural Affairs announced the first complete update to the List of Wild Animals Under State Priority Conservation since it was first published in 1989.

Supporting China’s 1988 creation of the Wildlife Protection Law, the 1989 list was China’s first comprehensive demarcation of which animals were nationally protected and which were not, separating protected species into “Class I” and “Class II.” Harming the listed species carried hefty fines of up to $15,500.

The two classes are mirror of United Nations Cites (the Convention on International Trade in Endangered Species of Wild Fauna and Flora) that forbids international trade in specimens of wild animals and plants does not threaten their survival. China for many years has defied calls to protect the species listed in Cites Appendix I (species facing extinction) and Appendix II (list of endangered species).

But conservationists had long decried the list as incomplete. In 32 years, only two changes were made. Musk deer were upgraded to Class I in 2003, followed by pangolins last June. No new species had ever been added.

Until now. The update earlier this month more than doubled the number of animals on the list by adding 517 protected species, bringing the total to 980.

About three quarters of the new additions are birds, including the critically endangered spoon-billed sandpiper and yellow-breasted bunting. Less than 700 of the former species exist in the wild.

Terry Townshend, an advisor at the Paulson Institute and founder of the group Birding Beijing, believes smaller, less charismatic bird species like these were overlooked 32 years ago.

“When originally drawn up, the list largely focused on big, obvious, and well-known birds such as cranes, storks, and birds of prey. Smaller birds were largely ignored,” Townshend says. “The status of many species has changed a lot in the 30 years since the list was created.”

Dr Zhang Jinshuo, vice director of the National Zoological Museum of China, says a lack of research and scientific understanding led to many species not being included in the original list.

“Thirty years ago, regardless of whether it was the government, scientists or NGOs, the scientific understanding of China’s wildlife was extremely simple and limited,” Zhang explains. “This caused the original list to be very small.”

“Today, the number of zoologists in China compared to 30 years ago is much, much more,” he adds.

Both Zhang and Townshend are now hopeful that the inclusion of these species will give them a better chance at survival.

“The new list will be instrumental in guiding future research funding, much of which comes from the government,” Zhang points out. “When government officials review research proposals for species on the list, they will be much more likely to approve. So, this list is very effective in guiding national and local spending and support.”

“(The list) is a vital step as it will help to draw attention to their plight and attract significant penalties for anyone damaging them or their habitats,” Townshend adds. “Of course, enforcement is key.”

Other new species added to the list include the hot springs snake, the world’s highest-altitude snake, endemic to the Tibetan plateau; the Tibetan fox, whose characteristically large and square face has made it a popular meme online, similar to the “Doge” meme (featuring a Shiba Inu dog) and the endangered large-spotted civet.

Wolves were also added to the list, reversing historical policies encouraging their extermination.

Similar to many other countries where wolves and people coexist in close proximity, wolves in China have faced a turbulent history of human-wildlife conflict.

“The reason why wolves were historically labelled as ‘harmful animals’ across China is because they were causing losses to the livestock industry,” explains Li Xiaoyu, who researches wolf ecology and human-wolf conflict on the Tibetan Plateau in Peking University’s School of Life Sciences Ph.D. program.

“When New China was founded, economic development was the foremost priority,” Li says. “It’s understandable why they cleared every roadblock on the road to development, and it’s because of this that we had the Wolf Extermination Campaign.”

Li also points out that fairy tales featuring evil wolves, imported from the West, also increased bias toward the species.

China’s Wolf Extermination Campaign started in the 1950s alongside Mao’s economic and socially ambitious but ultimately disastrous Great Leap Forward. For the sake of development, killing wolves was popularised and even encouraged until the 1990s.

The movement ended as wolf numbers plummeted and China began enforcing poaching bans and outlawed gun ownership. In 2000, China’s inclusion of wolves in the new National List of Beneficial to Protect or Economically and Scientifically Important Terrestrial Animals officially recognised wolves as an ecological asset, ending the campaign.

But, according to Li, the list was still too vague to be effective, passing specific decision-making and implementation down to local governments with little guidance. Li points out that even today, researchers still do not have enough information to accurately estimate the numbers of remaining wolves in China.

This is why China’s inclusion of wolves in the new list is so important and particularly ground-breaking.

“The inclusion of wolves into the protected species list’s most direct influence will be in how it positively changes the public’s view toward wolves,” Li says. “More practically speaking, it will also provide important study for more research on wolves, and research is protection’s foundation.”

The new list now bears the promise of China’s forestry and agricultural ministries to work with local governments to further identify and safeguard the habitats of listed species.

Other species such as the Yangtze finless porpoise and dhole (a type of wild dog) have been upgraded from Class II to Class I, the same level as giant pandas and snow leopards. The list downgraded the protection level of more stable species like the Alpine ibex and Assam macaque, listed as “least concern” and “near threatened” on the International Union for Conservation of Nature’s Red List of Threatened Species.

For Zhang, these changes represent a shift from economically valuing wildlife to recognising the inherent value of ecosystems and habitat protection.

“In the past, the goal of protection was focused on how to better exploit animals, but now the goal is more focused on systematic ecological health. The overarching aim has changed,” Zhang says.

Still, some conservationists see existing problems with the new list and room for improvement. A WeChat article published by the group Anti-Poaching Crime Unit hours after the list was announced pointed out that the protection of many species was only limited to those in the wild.

This creates a loophole. Legal domestic breeding programs often rely on illegally caught animals to boost numbers. When the animals are sold in wet markets or used in Chinese medicine, it is often impossible to identify wild-caught (and subsequently raised) species without stricter monitoring and regulation.

The group also pointed out that the final list removed several viper and rat snake species originally on the draft list released in 2020.

Last year, Zhang wrote a letter to the National Forestry and Grassland Administration appealing for bats, known carriers of diverse coronaviruses, to be included on the list. Alongside many other small mammals, they were still not included.