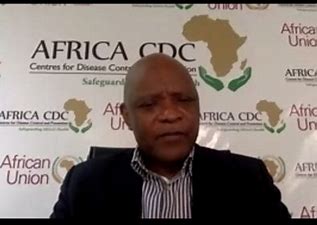 As omicron continues to make its impact across the globe, scientists in Africa are rapidly learning more about the new coronavirus variant. Omicron was first identified in southern Africa in November.

Dr John Nkengasong, the director of Africa Centers for Disease Control and Prevention, told The World’s host Carol Hills that so far in South Africa, omicron cases have quickly peaked and declined, with fewer hospitalisations than variants like delta.

“We see omicron as a virus that transmits very, very quickly. But then the severity in South Africa has not been comparable to what we saw with the delta variant,” he said.

However, Nkengasong said Africa’s political leadership mounted a “very robust response” early on in the pandemic and that this “extraordinary coordination and collaboration” has helped to mitigate the impact of Covid-19 in Africa.

Over the past two years, leaders have met to discuss and review pandemic preparedness and response at least 16 times, he said.

Nkengasong joined the The World to discuss several lessons learned so far from studying omicron in southern Africa, as well as from managing the HIV/Aids pandemic.

Carol Hills: Dr Nkengasong, scientists predicted that the African continent will be much harder hit by Covid-19, with tens of millions of infections and several million deaths. That hasn’t happened, which is good. But why has the impact been so different from what was predicted?

Dr John Nkengasong: It is very obvious that through the extraordinary coordination and collaboration that the political leadership of the continent exercised very early on, they were able to mount a very robust response. And just to substantiate that – the political leadership of the continent has met at least 16 times to review the actions and coordinate their efforts and discuss the pandemic — that is highly unusual. In my over three decades experience in public health, we have not seen that.

What other factors do you think need to be studied about why Africa didn’t see the infections and death levels that were expected, despite the low vaccination rate?

From a scientific perspective, there are several parameters that we need to study in Africa. One is, what are existing immune responses contributing to a less severe outcome? Second, are we counting everybody that has been infected? And have we counted all the deaths? We just concluded a study and we saw that in some countries, the number of people that have been exposed to the virus is significantly higher than what has been reported, but it has not necessarily translated to the number of deaths on the continent, for sure.

So then, the research question that we have to resolve is, why has the increased number of exposures on the continent not led to deaths like we saw in India, how devastating the virus was in India – you couldn’t hide the deaths, right? But we have not seen that scenario in Africa. We also have to begin to look at the interreaction between existing infections like malaria and even other coronaviruses that cause the common cold in Africa, and if they have led to the production of certain antibodies that can prevent or slow the severity of these diseases. So, a lot that needs to be studied. There are several working groups and research centres across the continent that are looking into this.

I know you’ve written about the lack of biotech and manufacturing in Africa, and the continent’s dependance globally for supplies of vaccines. What steps are being done to change that?

A lot has happened and continues to happen in the course of this pandemic. The heads of states came together and launched a programme called Partnership for African Vaccine Manufacturing. And through that partnership, at least nine countries on the continent have engaged in the pathway for producing vaccines, including South Africa, Rwanda, Senegal, Nigeria, Ghana, Morocco, Egypt. Egypt, for example, is already producing about 3.5 million doses of vaccines. We know that South Africa is now producing vaccines. So I think you’ll continue to see that the landscape change significantly in 2022.

I want to get back to vaccine access because it’s such a front-and-center issue. With 10 per cent of the African continent fully vaccinated, what needs to happen to improve access to vaccines?

In 2022, you’ll see many more vaccines arrive in the continent, so we have to shift our emphasis on making sure that vaccines that arrive at the airports are actually getting into the arms of people who need it. And that will require that we focus on such capacity for workforce, such capacity for logistics, such capacity for distribution to the last mile, and such capacity to engage the communities. So, those are the key areas that we need to focus on now to increase our uptake of vaccines from the 10 per cent to about over 70 per cent — or more.

President Joe Biden has announced that he intends to nominate you to lead the US president’s emergency plan for AIDS relief, known as PEPFAR. Can you speak to how the response to HIV in Africa and worldwide has helped inform the response to Covid?

I think it is important to know that we are dealing with two pandemics across the world. The HIV/Aids pandemic and Covid[-19] is a pandemic that has just emerged over the past two years. And very unfortunately, and very concerning, is the inter-reaction of the two pandemics. We now know that people infected with HIV tend to not clear the virus, that is, the Covid-19 virus, appropriately, especially if they have not been fully treated – and that has the risk of creating variants.

We don’t know what the trajectory for Covid[-19] will look like in the coming years, but we know that HIV has been with us for 40 years [and] has killed almost 37 million people. Tremendous gains have been made in the fight against HIV, especially in Africa. But we should be mindful of what Covid[-19] can do to erode the significant progress that we have made in achieving remarkable progress in controlling HIV/AIDS over the years.

Do you have any predictions or sense of how omicron is going to make its way through the world and its behaviour and longevity, based on what happened in Africa? Or is simply more research needed?

If you compare that to the delta variant, when it first hit South Africa, for example, it took several weeks to peak and then it took several weeks to to begin to decline — which is not the case of omicron. We see omicron as a virus that transmits very, very quickly. But then the severity in South Africa has not been comparable to what we saw with the delta variant. We are truly grateful for that because if the virus had transmitted that quickly and it led to a severity of cases, then it would have been overwhelming completely across southern Africa, and across the world, just because it has now spread across the entire world.

So, we continue to learn more about omicron, what we call the pathogenesis and the clinical spectrum of omicron. For example, is it infecting children more? For example, would it lead to long COVID? And what does that mean in terms of the dynamics between omicron and delta variants in South Africa and the world? So there’s a lot to be learned from the omicron virus, but at least the early lessons that have emerged is the less severity in terms of clinical outcomes and hospitalization of the omicron variant.