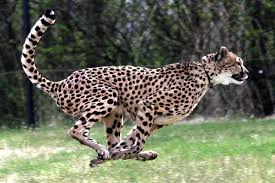 While the elephant is the symbol endangered flora and fauna in the world, obscured from global attention is the threat the cheetah in eastern Africa wilds faces. Illicit trade between eastern Africa and the Middle East has significantly depleted the population to the extent Cheetah Conservation Fund (CCF) says the species now faces extinction.

Recently published research finding by CCF on illicit trade in cheetah cubs links it to decades-old conflict in Somalia, which has turned the East African nation into the largest conduit for cheetah exports to the Gulf.

The main exit point is the semiautonomous Somaliland federal state, where the cheetah population is estimated to have declined to less than 300 by 2019.

According to the report titled Across the Gulf of Aden and published in September this year, “Cheetah trafficking in Somaliland is not a new phenomenon.

“Since 2010, when reporting became more consistent, there have been 193 rescued or surrendered cheetahs. Nearly a third of these occurred after the country ratified its Forestry and Wildlife Conservation Law in August 2018, which has reportedly led to increased awareness and better coordination between wildlife officials, police and the army,” says the report.

Most of the cheetahs seized in Somaliland en-route to the Middle East are said to originate in Ethiopia, which shares a 500-mile border with the self-declared state.

Listed as an endangered species by the United Nations Convention on International Trade in Endangered Species (Cites), the threat of extinction to the big cat has not enjoyed prominence as the elephant, the whale or gorilla.

Cites is an international treaty to prevent species from becoming endangered or extinct because of international trade. Under the treaty, countries that have signed up to the treaty collaborate to regulate the international trade in animal and plant species by ensuring that the trade is not detrimental to the survival of wild populations. Any trade in protected plant and animal species should be sustainable, based on sound biological understanding and principles.

CCF says at least 25 per cent of seized cheetahs in Somaliland have been found at or near the Ethiopian border, the latest being two cubs intercepted near Borama in August, some 15 kilometres from the border.

Cheetah cubs are mostly taken from the wild when the mother hides them to go hunting, either opportunistically by nomadic herders or by poachers. A cub fetches between $200 and $300 in Somaliland, although prices vary greatly. An unhealthy cub can be bought for as little as $80, while a healthy, older cub can cost up to $1,000. The same cheetah can then be sold for up to $15,000 in the Gulf states, researchers found.

“Mortality is high, as most cubs are removed from the wild at only two to eight weeks from birth and are subjected to maltreatment and poor nutrition in the hands of poachers and dealers, compounded with the rigours of the trip across the Gulf of Aden,” the researchers say.

It is estimated that over 60 per cent of cheetah cubs die before they reach the market. As a result of the conflict in Somalia, the semiautonomous “Somaliland is vulnerable as a conduit for the illegal wildlife trade, not only due to its proximity to the Arabian Peninsula’s wealthy consumer markets for exotic wildlife, but also due to the country’s rampant poverty, weak legal frameworks and a lack of environmental awareness.”

As is the case with other endangered species, the report says, corruption also drives the cheetah trade, “as evidenced by illegally obtained cheetah cubs being sold back to smugglers by corrupt officials after a confiscation have been reported.”

Somaliland’s cheetah trade has been the more extensively researched than other countries and regions of Somalia. Other than Ethiopia, little is known about neighbouring cheetah range states such as Kenya, Djibouti, Eritrea, South Sudan and the Sudan.

Somaliland’s relative importance as the main cheetah-trafficking route into the Middle East might be in part connected to underreporting from other countries. The cheetahs are transported by boat – hidden in hampers, crates or cardboard boxes – from the northern coastline across the Gulf of Aden to Yemen at an estimated rate of 300 cubs per year.

“The 140 nautical miles between the ports of Berbera in Somaliland and Aden in Yemen,” says the report, “can be covered in just over seven hours at a dhow’s average speed of 20 knots.”

In addition, “Once in Yemen, cheetahs are reportedly transported by boat or road across the Saudi border to animal markets such as Al-Jazan or Al-Khouba, or delivered to Saudi traders, who will then offer them throughout the Gulf states to known buyers on ecommerce and social media platforms such as Instagram and Snapchat, or, more recently, through private chat groups.”

One study found that at least 2,000 cheetahs were advertised online between 2010 and 2019. Most were found on Instagram with sellers offering cheetahs in Saudi Arabia, the UAE and Kuwait.