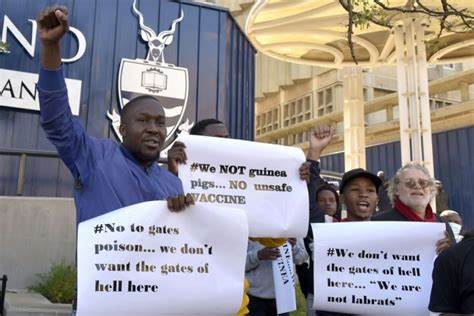 Africa to fight vaccine ‘nationalism’ and ‘racism’ with own local production

Faced with financial, expertise and logistical hurdles in the race to control the rapid spread of coronavirus that has ravaged economies in Africa, political leaders and researchers on the continent have resolved to ramp up efforts to produce vaccines locally to fight the pandemic.

The resolution was arrived at this week during a two-day virtual meeting of the African Union chaired by south African President Cyril Ramaphosa. The resolution came on the back of a revision of production schedules in India and America as the countries looked to meet local demand.

The decision my pharmaceutical firms to hold back supplies to Africa has been perceived as “vaccine nationalism” and export restrictions on pharmaceuticals to Africa also evokes perceptions of racism with Africa the only region being given the short end of the stick.

Rwanda and South Africa have taken the lead in the push to fast-track production of the vaccines.

“The production of vaccines and access to vaccines is an absolute priority,” President Ramaphosa said in opening remarks at the start of the Monday-Tuesday virtual meeting convened of the African Union.

The meeting was attended by several African heads of state, health, finance and trade ministers from across the continent, as well as officials from global financial institutions, foundations, pharmaceutical manufacturers, business leaders, and the general public.

The African Development Bank, a key player in development funding, was represented by Vice President for Private Sector, Infrastructure and Industrialisation Solomon Quaynor.

Although Africa consumes approximately one-quarter of global vaccines by volume, the meeting heard, it manufactures less than one per cent of its routine vaccines, with almost no outbreak vaccine manufacturing in place.

The region also lags behind in procuring vaccines amid a global scramble for the medicines among wealthier nations.

So far, about two per cent of the world’s vaccination against Covid-19 has taken place in Africa.

It is against this backdrop that African leaders met to discuss the status of local pharmaceutical manufacturing on the continent. The leaders underscored the need to increase local production of vaccines and therapeutics to achieve greater public-health security.

In a communique after the meeting, the leader acknowledged the need for a new public health order in Africa that promotes domestic vaccine manufacturing, epidemic preparedness and upgraded healthcare systems to meet the needs of the world’s fastest-growing population, was the conference’s main objective.

The communique said the African Union and the Africa CDC undertook to work with all stakeholders to identify implementable actions, financing needs and timelines to competitively produce vaccines in Africa.

Quaynor noted that the current undertaking requires massive investment. “Vaccine manufacturing, because of its complexity, is not really an entrepreneurial drive but actually an institutional drive,” he added.

Africa’s leading lender, the African Development Bank is working with global and African stakeholders, to articulate a 2030 vision for Africa’s pharmaceutical industry in response to several calls received from African leaders, who have expressed a strong political will.

This vision aligns with its “industrialise Africa” priority strategy.

“Leveraging on our comparative advantages, we will both provide upstream support to governments on the enabling environment, as well as provide financing to private sector and PPPs both indirectly through some of our private equity investee funds and directly through lending and credit and risk guarantees. We will also use the Africa Investment Forum to bring in all relevant stakeholders and partner DFIs into bankable opportunities…”