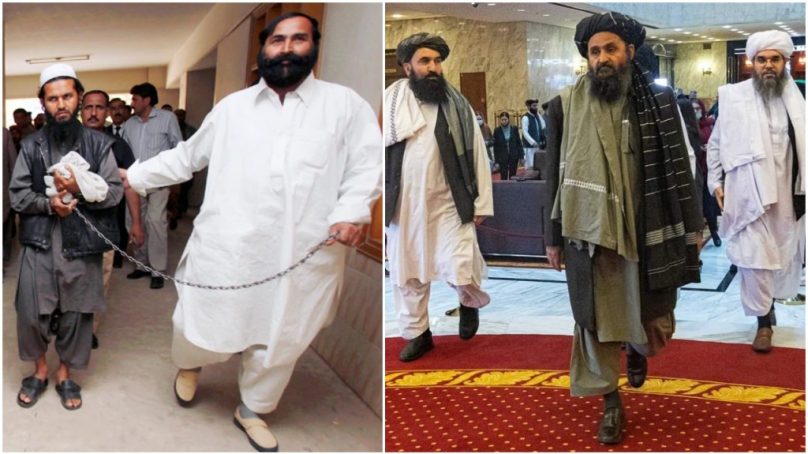 With Taliban seizing control of Kabul and all top provincial capitals of Afghanistan, its top leader Mullah Abdul Ghani Baradar is most likely to become the next president of the war-ravaged nation.

On Sunday, speculation was rife that Abdul Ghani Baradar would transform into the brand-new president of Afghanistan by the Taliban regime after the Afghanistan government surrendered to the Islamic warlords.

President Ashraf Ghani had been expected to relinquish power after talks with the Taliban in a largely peaceful switch of leadership. It is predicted that US-based Ali Ahmad Jalali will head an interim authority in the intervening period before Taliban forms a full-fledged government headed by Ghani Baradar

It may be noted that Afghanistan President Ashraf Ghani and other top diplomats have left the country after the Taliban sealed a nationwide military victory, Mullah Abdul Ghani Baradar has emerged as the undisputed leader of the insurgent group.

Born in Uruzgan province in 1968, Baradar is also the co-founder of the insurgent group. He is the second senior-most leader in Taliban hierarchy after Haibatullah Akhundzada. He was freed from a Pakistani jail at the request of the US less than three years ago. Baradar is also the political chief and Taliban’s most notable public face today.

He is believed to have reached Kabul from Doha on Sunday evening. In a televised statement on the fall of Kabul, he said the Taliban’s real test was only just beginning and that they had to serve the nation.

Baradar had fought in the Afghan Mujahideen against the Soviet Army in the 1980s. After the exit of Russians in 1992, a civil war erupted between rival warlords.

During that time, Baradar set up a madrassa in Kandahar with his former commander and reputed brother-in-law, Mohammad Omar.  Together, the two mullahs founded the Taliban, a movement spearheaded by young Islamic scholars dedicated to the religious purification of the country and the creation of an emirate.

Due to growing hatred among the Afghans towards the warlords and tactical back support from Pakistan’s Inter-Services Intelligence (ISI) agency, the Taliban swept to power in 1996 after a series of stunning conquests of provincial capitals.

Baradar who was next only to Mullah Omar was credited for his effective strategy, was widely hailed as a key architect of those Taliban victories.

Baradar played a succession of military and administrative roles in the five-year Taliban regime in Afghanistan as deputy minister of defence when the militia was overthrown by the US and its Afghan allies back then.

Afghanistan’s government had collapsed on Sunday after Ghani left the country and the Taliban entered the country, taking control of the Afghan capital of Kabul and the presidential palace.

“The Taliban have won with the judgement of their swords and guns, and are now responsible for the honour, property and self-preservation of their countrymen,” Ghani said in a statement on Facebook, his first since fleeing. Baradar on Sunday said that the terror group’s victory that saw all cities of the country fall to them in just 10 days was unexpectedly swift and had no match in the world.

In a video message, he said the real test would begin now with meeting the expectations of the people and serving them by resolving their problems, Al Jazeera reported.