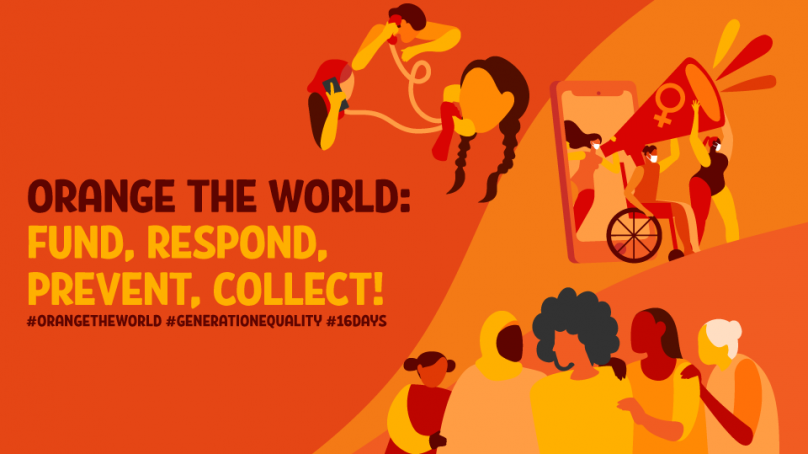 It’s a scourge that never seems to stay out of the headlines for long: UN peacekeepers and aid workers accused of sexually abusing and exploiting women and children.

Despite so-called “zero tolerance” policies and pledges from the UN and aid organisations to root out perpetrators, harrowing accounts from survivors keep surfacing, as we discovered in our recent investigation about how 50 women described being lured into sex-for-work schemes by aid workers during the Ebola outbreak in the Democratic Republic of Congo. But what happens to survivors after the headlines fade?

For many, justice has remained elusive, with cases either dismissed or still pending years later. For others, the stigma associated with the abuse, legal hurdles, and organisational lethargy has stood in the way of women seeking reparations. What can be done to help women find justice – however they define it? Can there be justice with continued impunity?

These are some of the questions that The New Humanitarian’s investigations editor, Paisley Dodds, put to four thought leaders from the humanitarian and private sector in a recent virtual panel discussion.

The first hurdle to achieving justice is making sure women and girls understand that abuse and exploitation is wrong, noted Naomi Tulay-Solanke, who was herself abused during the Liberian civil war and became a mother at 14.

She described how her sister was beaten nearly to death after rejecting the sexual advances of an ECOWAS peacekeeper. “My perpetrator is yet to be brought to justice,” Tulay-Solanke said. “Once you know your rights, you are able to hold people who have power to account… you recognise that what they are doing for you is not a favour.”

But holding perpetrators to account – especially in criminal cases that involve children or minors – has been patchy at best, according to Yasmin Sooka.

In the case of UN peacekeepers from Sri Lanka who were implicated in the sexual abuse and exploitation of children in Haiti, for example, few were ever disciplined. The ones who were, she said, were implicated in low-level crimes – not the rape of a child.

Sooka also noted difficulties with investigating allegations. Many organisations lack capacity and expertise, and sometimes alleged perpetrators leave the country before an investigation has begun.

“Once you know your rights, you are able to hold people who have power to account. If you don’t do these investigations within a specific period of time, that’s when the evidence gets destroyed,” she said.

Another challenge for women is that the allegations are often viewed as transactional sex.

“Often, these allegations are wiped out on the basis that this was a transaction between two consenting adults,” Sooka said. “The problem, of course, is when you look at the context – you have to look at the question of the power dynamics, and the unequal power relationships.”

In the case of the women who were allegedly lured into sex-for-work schemes, employment law could be used in some cases to address the abuse, said Priyanka Chirimar.  But navigating that system – especially if you are a short-term contract worker – can be difficult.

“You have a policy of justice and a policy on code of conduct,” she said. “That is not to say it works, but it exists.”

Taking the decision to report the allegation – and knowing where to report it – is also a hurdle that survivors face.

“The justice mechanism is only triggered with a complaint,” Chirimar said. “And so, frequently, the response from the organisation is that it received no complaints. We know that reporting is low when there is no predictability on outcome.”

But as a UN whistle-blower, she also said there is a culture of silence because people are too afraid to speak up and report misconduct.

“The system as we have it, structurally, is not a safe place still to report these issues,” she said.

Tulay-Solanke: “One of the things that I would say we need to push for is more women at the top level of the decision-making table within the whole humanitarian sector.”

Sooka: “When you look at the context, you have to look at the question of the power dynamics and the unequal power relationships.”

Sooka: “How do you deal with the matter that the UN treats [SEA] as a disciplinary offence, and deal with it from the perspective that these violations actually constitute crimes?”

Chirimar: “If they describe it as sexual exploitation, they essentially deprive women who are former [aid] employees who have rights as former employees.”

Sooka: “It’s ironic that the perpetrators are the very people that are meant to protect the people that they’ve come to support.”

Tulay-Solanke: “We need to start to talk about how UN agencies and INGOs are focusing more on protecting their image and funding than actually addressing the issue.”

Hunt-Matthes: I’m afraid to say that the system as we have it, structurally, is not a safe place still to report these issues.”

Chirimar: “People are extremely cautious about impacting mandates and bringing a bad reputation that can result in loss of donor funds. That’s a huge reason why especially aid workers are very cautious about coming forward… [but] they’re also typically worried about their own survival in terms of their careers.”

Hunt-Matthes: “The unwritten silent code in the UN is that you will very often be retaliated against for speaking up.”

Tulay-Solanke: “We are tired of talking. We need visible action, we need results, we need justice, we need to end a culture of impunity. We need people to be accountable, we need transparency, we need the UN system or the humanitarian system to do what they stand for.”

Sooka: “It has to be a combination of acknowledgement, money, support services, and education, but we also need to improve mechanisms at community level, so that women actually know where they can go if they do have a complaint.”

Chirimar: “We have to be able to get independent investigators, and there are several groups now that provide those services.”

Sooka: “Before any aid worker or any peacekeeper goes out, a DNA sample should be taken and should be kept in the system.”