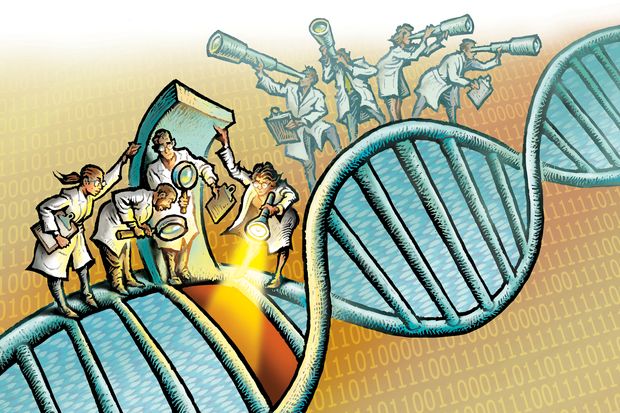 For height, DNA is largely destiny. Studies of identical and fraternal twins suggest up to 80 per cent of variation in height is genetic. But the genes responsible have largely eluded researchers.
Now, by amassing genome data for four million people—the largest such study ever—geneticists have accounted for a major share of this “missing heritability,” at least for people of European ancestry. In this group, they have identified nearly 10,000 DNA markers that appear to fully explain the influence of common genetic variants over height.
“This is a genuine landmark,” says Daniel MacArthur of the Garvan Institute of Medical Research in Australia.
If the missing genetic contributors to other traits and diseases can be identified, and extended to other ancestries, the results could “inform new biology and contribute to personalised medicine,” suggests Loïc Yengo of the University of Queensland in St Lucia, Australia, whose team presented the work online in the first week of November at the annual meeting of the American Society of Human Genetics.
For example, geneticists could more accurately assess people’s risk of diseases from genome scans. But the study leaves some scientists dissatisfied because it identifies only markers linked to genes that sway height, not the genes.
The mystery of missing heritability dates back to the late 2000s, when researchers began to use new tools to scan human genomes for common markers linked to diseases and traits.
They expected the results of these genomewide association (GWA) studies to match evidence from the genetics of twins and families, such as the overwhelming influence in wealthy countries of genes on height, rather than environmental factors such as diet or childhood infections.
But it turned out that each identified marker, which may be in or just near a relevant gene, only contributes slightly to a trait or disease risk, and tallying them up didn’t solve the problem. For height, the first 40 DNA markers linked to the trait explained just five per cent of its variation.
A number of possible explanations emerged, including rare gene variants missed by the GWA studies, gene-gene interactions, and that the twin studies were wrong. But Peter Visscher, leader of Yengo’s team, argued it was partly a matter of finding many more common variants with very small effects.
He estimated that such variants should account for 40 per cent to 50 per cent of the genetic component of height. Picking out the faint signals would require studying the DNA of a huge number of people, however.
By 2018, Visscher’s team and other members of a global consortium called GIANT had pooled DNA data for 700,000 people and found 3,300 common markers that explained 25 per cent of the variation in height. Now, by looking across DNA from 201 GWA studies with 4.1 million participants, GIANT has brought the total to roughly 9900 common markers, accounting for 40 per cent of the variation. Other markers located nearby and likely inherited together account for another 10 per cent of height variability.
That’s still short of the 80 per cent predicted by twin studies. But last year, Visscher’s group drew on whole-genome sequencing data of a smaller number of people to demonstrate that rare variants—those carried by fewer than one in 100 people—should explain another 30 per cent of height’s variation. (The result was released in a March 2019 preprint that the team is revising.)
Some geneticists say they aren’t surprised that heritability gaps can be filled once enough people had their DNA scanned.
“It was expected,” says Aravinda Chakravarti of New York University. The problem remains that few of the height-linked DNA markers have been tied to specific genes that clearly alter the trait.
“It’s mostly all still ‘missing’ in a biological sense,” says David Goldstein of Columbia University.