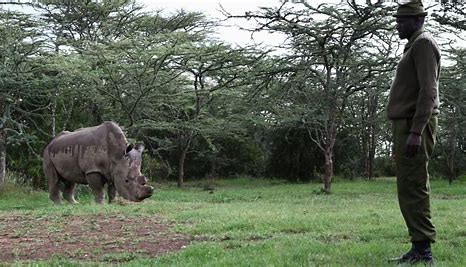 While Kenya and the United States are known to collaborate to fighting terrorism, rarely does the searchlight turn to issues related environmental conservations and law enforcement to protect life.

Cooperation between the two countries on tackling illicit trade in wildlife and narcotics has yielded some notable success in the recent past. A good example is the case of the infamous Akasha brothers – Baktash Akasha and Ibrahim Akasha. Baktash Akasha was expelled from Kenya and became the first Kenyan to be sentenced on drug trafficking charges in New York in 2019.

Both brothers were reported to have links with Al-Shabaab, the Al Qaeda linked terrorist group operating in the Eastern Africa. Their arrest and prosecution was considered significant in the fight against transnational organised crime.

Kenya and the United States have worked very closely against terrorism since the targeting of the American embassy in Nairobi in 1998 by Al-Qaeda in which 224 people were killed and 5,000 others were injured. However, less debated is US-Kenya cooperation on environmental conservation and law enforcement among others, both of which have a bearing on the security and economy of the East African nation.

Another example of the cooperation is the recent arrest of Abubakar Mansur Mohammed Surur – a Kenyan national wanted in the United States for ivory related offences. His arrest followed a joint Kenyan-US press conference in Nairobi in which a $2 million bounty was announced for two other Kenyan fugitives – Badru Abdul Aziz Saleh and Abdi Hussein Ahmed. They are believed to be part of a transnational organised crime network engaged in extensive rhino horn smuggling.

Eastern Africa in which Kenya falls is made up of states classified by United Nations Office on Drugs and Crime as either developing or fragile states. This provides “fertile grounds” for transnational organised crimes. These include piracy, terrorism, smuggling of migrants, human trafficking, drug trafficking and wildlife trafficking.

Corruption facilitates large-scale smuggling. In Kenya, for example, corruption delayed completion of a recently launched ultramodern forensic lab by about 20 years with implications for the fight against crime. This has implications for human security and sustainable development.

Transnational organised crime is cross border in nature. Thus, cross border cooperation is central to tackling it effectively. My research on the interplay between climate change and terrorism focuses on US-Kenya counter-terrorism cooperation and suggests areas that need improvement.

In my recently published co-edited book I argue for multilateral cooperation and a people-centred approach to security and development in the Eastern Africa region.

Bilateral and multilateral cooperation is the best way to deal with a growing list of transboundary concerns. This includes transnational organised crime, climate change and pandemics.

The US-Kenya bilateral partnership is therefore important, especially when complemented with multilateral cooperation. This is true for three reasons.

First, bilateral and multilateral partnerships boost capacity needed to counter transnational organised crime. Neither the United States as a global superpower nor Kenya as a regional powerhouse can deal with the threat in isolation. But working together they can be much more effective by, for example sharing intelligence and technology.

Cooperation means that countries can share the costs and benefits. For example, by providing Kenya with financial support, the United States outsources the burden of chasing after and arresting transnational criminals operating in the Eastern Africa region to Kenya.

Second, cooperation contributes towards reducing the burden of countering transnational organised crime. Going it alone means that each country must contend with the threats by themselves. This can be a very heavy burden to bear for both developing and developed countries.

Third, cooperation has the potential to provide impetus for similar cooperation in other areas of mutual interest. This can include areas not directly related to transnational organised crime. An example is climate change.

Research on environmental peacebuilding establishes that cooperation can spill over across sectors and scales. This means that US-Kenya partnerships on wildlife and drug trafficking have implications for future cooperation on other issues.

Finally, there is need to ensure that such partnerships don’t undermine either country’s sovereignty. They also should not contribute to human rights abuses and interference with individual freedoms. United States funded counter-terrorism campaign in the East African region is notorious for human rights abuses. This includes forced disappearances, extra-judicial killings, and killing of non-combatant civilians by drone strikes.

There are also signs that this is already creeping into the counter-trafficking realm. A recent US Congressional Research Service report notes, in part, that

Some anti-poaching units that have received funding from U.S. aid implementers have been implicated in torture and extrajudicial killings, including in Cameroon, Central African Republic, DRC, Kenya, and Republic of Congo.

This should not be allowed to take root. Respect for human rights and dignity should be front and centre in global efforts in countering wildlife and drug trafficking.

From Covid stress, to downtime and recovery: How health workers are coping with post-pandemic ‘emptiness’