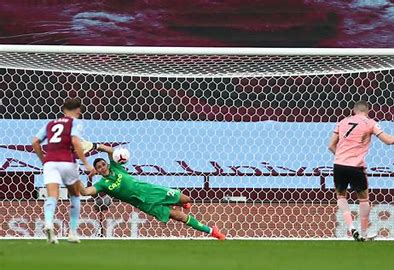 Not many academies in England produce as much talent as Arsenal‘s and they had had high hopes for the future in the 2011-12 season. But Arsenal would go without silverware again, finishing third in the Premier League and 19 points off both Manchester City and Manchester United.

But there were some positives in the youth academy, where a plethora of exciting talent was beginning to emerge. Alongside names you’ll now know well, there were also those whose careers were less notable.

With the release of FM 2012, which was released just over a decade ago back in October 2011, FM Scout picked out the 11 Arsenal talents with the elusive Football Manager ‘wonderkid’ label, so we had a look at how their careers developed 10 years on.

Listed as Damian Martinez in the game, the goalkeeper arrived in 2010 from Independiente as a youth player. Martinez’s career is a proper feel-good football story.

After spending a decade in the wilderness at Arsenal, going on loan six times, his chance finally came at the end of the 2019-20 season when Bernd Leno was injured and he certainly took it.

A string of stunning goalkeeping performances helped Arsenal to an FA Cup victory, but he fell down the pecking order following Leno’s return from injury.

As a result, he left for Aston Villa in 2020 and has since asserted himself as one of the best goalkeepers in the Premier League. The 29-year-old also became Argentina’s first-choice keeper and helped his national side life the Copa America last summer.

Bartley never made a competitive appearance for Arsenal and spent the 2011-12 season on loan with Scottish side Rangers.

The centre-back then joined Swansea the following summer for around £1million but found a more permanent home at West Brom, where he has been a regular in the first team since 2018.

Coquelin had a solid Arsenal career. After some developmental loans, he established himself in the first-team squad in the 2014-15 season. The midfielder started the 2015 FA Cup final and came on in the final stages of the 2017 final, both of which Arsenal won.

He then moved to Valencia in 2018 despite signing a long-term contract with the Gunners a year before. The Frenchman won the Copa del Rey with the Spanish club before moving to Villarreal last season and winning the Europa League.

At one point, Frimpong was considered a bright prospect at Arsenal. In the build-up to the 2011-12 season, he had recovered from an ACL injury that had prevented him from breaking through the year before.

The midfielder made a handful of appearances for Arsenal that season but was sent off in his full Premier League debut against Liverpool.

He then clashed with his former teammate Samir Nasri after a League Cup quarter-final loss to Man City, with the two arguing in the tunnel after several encounters during the match. He spent the second half of the season on loan at Wolves, but another cruciate ligament injury ended his season.

After failing to make an impression during a loan spell at Fulham, he moved to Barnsley in January 2014 but was released at the end of the season. Frimpong then embarked on a journeyman career including stints in Russia, Sweden, and Cyprus before being forced to retire in 2019 due to injury.

Despite never making an appearance for the senior Arsenal team, Aneke has had a solid Football League career. Having helped Arsenal’s Under-18 side to the Premier Academy League in 2009-10, a succession of loans followed, including two seasons at Crewe where he was the top goal scorer in the 2013-14 season.

He left Arsenal at the end of his contract in 2014 and signed for Belgian side Zulte Waregem. He spent two seasons there before returning to England, where he now plays for Birmingham City.

What is there to say about Ramsey? Darling of the Emirates, an integral part of the midfield for so long. He’s now at Juventus where he has had some success but under Massimiliano Allegri is struggling to get game time. Now 30, could there be a return on the horizon?

Oxlade-Chamberlain burst onto the scene in 2011 after signing from Southampton for around £12million. Over the course of the following seasons, the midfielder became a vital part of Arsenal’s team but injuries stopped him from ever allowing him to play to his full ability regularly.

He joined Liverpool in 2017, where he’s continued to struggle with injuries but has also won the Premier League and the Champions League.

It’s unsurprising that Wilshere was listed as a wonderkid in FM 2012. Once labelled as ‘The new Gazza’, the 29-year-old is currently without a club after being released by Bournemouth last season.

Galindo never made an appearance for Arsenal. Signed from Club Real America for £500,000 in 2010, Galindo was immediately sent on loan to Spanish side Salamanca. He was a highly rated youth player and even made his debut for the Bolivian national team around the time he signed for the Gunners.

The Salamanca loan was the first of several, with Galindo a constant loanee throughout his time with Arsenal. Since leaving in 2015, he has gone on to play for several clubs in his native Bolivia and is now at Club Always Ready.

Emmanuel-Thomas was a highly regarded player from the Arsenal youth academy but was never able to quite break into the first team. Whilst in the youth set-up, Emmanuel-Thomas captained his side to the 2009 Premier Academy League and FA Youth Cup double and began to be included in first-team training and matchday squads.

He made his first appearance for the first team in January 2010. A couple of loans then followed before his league debut against Chelsea in 2011, with Wenger saying that Emmanuel-Thomas could stay fit he would be a “great player”.

Following a loan to Cardiff, he moved to Ipswich in July 2011 but was still listed as a wonderkid for Arsenal in the game. The 30-year-old has now played across several clubs, including a period in Thailand, and currently plays for Aberdeen.

If you’re going to move around clubs a lot, you might as well have a journeyman career and with his native Brazil, England, Spain and Japan crossed off his travel list, Silva certainly had one.

The Brazillian winger joined Arsenal in 2010 from Fluminense but, like many on this list, never made an appearance for the Gunners. He was a perennial loanee, going to a plethora of Spanish clubs and Bolton before he returned to Fluminense in 2016. Silva joined Japanese side Gamba Osaka this year.