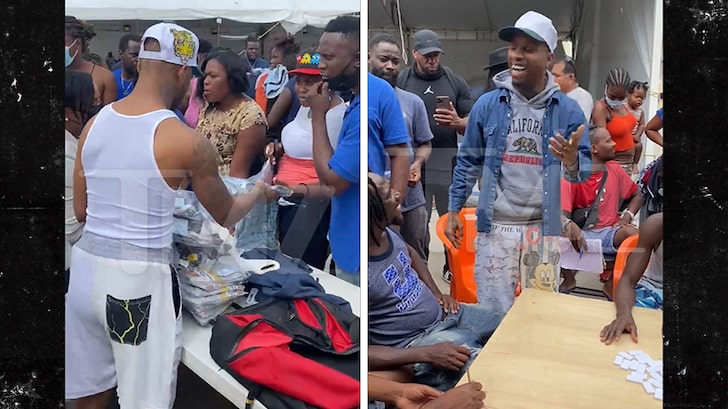 Not only was the record for illegal immigrant apprehensions along the southern border shattered in 2021, the fiscal year, which ended in September.

The number of illegal aliens from Russia nearly doubled from 758 to 1,432 during the same period, according to year-end figures provided this month by the Department of Homeland Security (DHS). The chilling statistics illustrate the magnitude of the national security and humanitarian crisis created by the Biden administration’s disastrous open border policies.

The upsurge in just one year is difficult to grasp. Eight of the nine Border Patrol sectors saw triple-digit percentage increases in illegal immigrants over last year and one, Yuma in Arizona, reported an eye-popping 1,200.4 per cent hike in apprehensions.

The agency’s Del Rio sector in Texas had an unbelievable 542.7 per cent surge. The Rio Grande Valley sector, also in Texas, saw a 508.7 per cent increase and led all stations with 549,000 arrests. Del Rio reported 259,000 apprehensions, which surpassed Border Patrol divisions in Texas and Arizona that typically see more traffic.

Most of the illegal aliens, 608,000, arrested in the US in 2021 came from Mexico followed by the Central American nations of Honduras (309,000), Guatemala (279,000) and El Salvador (96,000). In the last month of the fiscal year, migrants from those four Latin American countries accounted for well over half (63.7 per cent) of apprehensions along the Mexican border.

The records show that 367,000 arrests included Haitians, Cubans, Brazilians, Venezuelans and Ecuadorans. To top the year, Border Patrol encounters with Haitians rose from 7,590 in August to a startling 17,639 in September.

The final month also saw big increases in migrants from other countries as well, including Venezuelans (71 per cent), Romanians (49 per cent) and Colombians (44 per cent).

As the government released last year’s record-breaking figures, various Spanish-language news outlets report that the “mother of all caravans” (also known as the “march for liberty, dignity and peace.”) just embarked from the southern Mexican state of Chiapas, which borders Guatemala.

One news story estimates that more than 4,000 illegal immigrants are in the caravan, which of course, is heading to the US. Another Spanish online article, which includes video of the caravan, says the group consists mainly of Haitians and Central Americans.

Mexican authorities have reportedly committed to “respecting the rights” of the illegal aliens, allowing them to march through the country on the way to the American border.

Mexico Foreign Affairs Secretary Marcelo Ebrard is quoted in a local news story saying that the government will act with prudence and caution in accordance to human rights laws, although he added that migrants are being fooled because they will not be allowed to enter the US.

It appears that the most recent caravan is just the beginning. A few weeks ago, Panama’s foreign minister, Erika Mouynes, warned that there are more than 65,000 mostly Haitian illegal aliens ready to head north through Latin America.

Since January, more than 86,000 migrants who arrived at the US-Mexico border went through Panama, according to Mouynes.

“We have been sounding the alarm for months about this,” the Panamanian official said in a Spanish news article published on September 29, adding that the numbers indicate migration will increase.