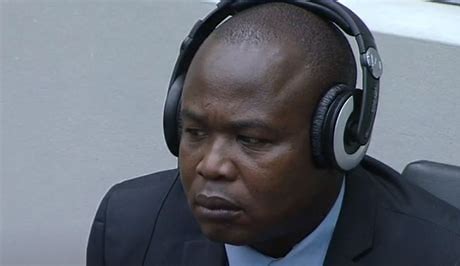 In May this year, the International Criminal Court sentenced Dominic Ongwen, a former senior commander of Uganda’s notorious Lord’s Resistance Army, to 25 years in prison on more than 60 counts of war crimes and crimes against humanity.

Ongwen’s conviction was a landmark. It was the first ICC prosecution of a member of the indiscriminately brutal LRA and the first time forced pregnancy was ruled as a war crime by an international court.

But for the survivors of the group’s three decades of rampaging violence, there are still many layers of unresolved trauma to sort through, and a still-pending issue around reparations, which can help rebuild their lives.

Those emotions are about to be revisited as Ongwen’s defence team prepares its appeal against his sentencing in the coming weeks.

To explore what part, if any, the ICC’s six-year trial process has played in reconciliation in northern Uganda, The New Humanitarian spoke to survivors of LRA massacres, peacebuilding groups, and Ongwen’s wives, who were abducted as girls and have now returned to live in a community still scarred by the insurgency.

Ongwen’s sentencing on May 6 was screened in the northern city of Gulu to a packed audience under the shade of a marquee. Most present wanted to see him behind bars, but not to “die in jail.” When the judges said they had deliberated handing down a life sentence, it drew cynical smirks from some in the crowd, even though many had been LRA victims.

A powerful sentiment, expressed again and again, was that Ongwen had been unfairly singled out: that other equally murderous LRA commanders had been granted amnesty by the Ugandan government and that members of the security forces – also accused of rights violations – had escaped prosecution entirely.

“This is a problem that happened across northern Uganda,” said Walter Ochora, taking his turn to speak when the microphone was passed around by the organisers of the event: the Foundation for Justice and Development Initiatives (FJDI), the ICC’s civil society partner.

“Dominic is now like Jesus: carrying the cross for everyone and what they have done,” said Ochora. “He should be given a light sentence.”

Aol Jackline still struggles to block out the terror of a May evening in 2004 when LRA fighters – under Ongwen’s orders – swept through her village of Lukodi, about 20 kilometres from Gulu. When she heard the ICC sentence over the radio, she held her head in her hands.

The LRA came to punish the community for its perceived collaboration with government forces, and to loot food aid that had just been delivered. As the outnumbered “home guard” and a few soldiers ran, the LRA took their revenge: People were gunned down in the open; others were dragged out of their hiding places and shot.

Jackline recounted how she was ordered “not to tremble” as everyone else in the room where she was hiding was executed. She only screamed when her one-year-old daughter, Angee Sandra, was killed. For that, she was knocked to the ground and stabbed in the back with a bayonet. Pulled to her feet, she was then forced-marched deep into the bush and – when the group finally stopped – assigned two men as “husbands”. She was 14 years old.

“The 25-year sentence that has been given to Ongwen cannot even restore an inch of the gaping hole that he has created in my life, in my family and in the whole community,” Jackline said in Lukodi, a day after the ICC ruling.

“If Ongwen would have been sentenced for about 70 years, and then compensation was given to the ones who have suffered, that would maybe do something.”

Akono Janet lost two sons in Lukodi. She arrived in the village just as the attack began and hid in a latrine until the shooting died down. When she emerged, she discovered her eldest son, Dennis, had been abducted, while her nine-year-old, Christopher, had been shot dead.

“The sentence won’t bring my son back. I’ve lost that treasure,” she said, and added: “We don’t want Ongwen to be sentenced to life in prison: 25 years is enough.”

The Lukodi massacre was one of four atrocities committed between July 2002 and December 2005 that Ongwen was held responsible for He was found guilty on 61 of 70 counts of war crimes and crimes against humanity. A humble memorial is the only official recognition of the more than 60 people that died in Lukodi.

A dreadlocked boy soldier turned LRA brigade commander, Ongwen has been in detention since 2015. The pictures from news clips the survivors now see is of a disconcertingly prosperous-looking man in a crisp suit at the centre of an expensive and complex European court process.

“[Some survivors] feel so bad, looking at themselves; they don’t have anything to eat. They look at him; he is going to eat three meals a day, or four. His skin is smooth, but they have wrinkles,” said Jackline Atingo, a research consultant with the Firoz Lalji Centre for Africa at the London School of Economics who has spent over a decade exploring the challenges faced by LRA survivors.

“Here, prisoners go digging [as labourers] every morning,” Atingo said. “They want him to face life here, and [to] go through the same problems they face: having to find food, having no work.”

Reparations are still a burning issue in northern Uganda where the LRA’s violence forced around 1.8 million people from their homes. The group abducted more than 38,000 children – many forced to serve as child soldiers or sex slaves.

The ICC has invited submissions from those looking for compensation – emphasising that reparations are also an essential part of justice – and has urged donor contributions to a separate victims’ trust fund to cover the financial awards.

The survivors contacted said all they wanted was to be able to buy a plot of land to help them make a fresh start.

Despite the brutality Ongwen displayed, there is awareness that he himself was a victim. He was abducted aged nine, as he walked to school and many victims in northern Uganda blame LRA leader Joseph Kony, who is still at large, for corrupting him. Ongwen’s parents were killed by the LRA a year after he was kidnapped.