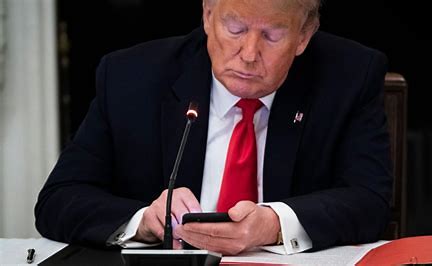 In 2020, Facebook appointed what it refers to as its “Supreme Court” – a quasi-independent council called the Facebook Oversight Board – to review controversial content moderation decisions. This week, the Oversight Board handed down its most important judgment to date: support for the company’s move to ban former US President Donald Trump from posting on Facebook and Instagram a day after the January 6 Capitol insurrection.

But the board also called on Facebook to review that decision within six months in order to ensure the de-platforming was “necessary and proportionate,” and to consider making Trump’s a time-limited ban.

This is because Facebook’s current policies allow only for suspending account holders for a stipulated period of time or permanently banning them. Facebook routinely issues permanent bans to repeat offenders and Trump’s misuse of the platform – which he used to spread falsehoods, dispute the results of the 2020 election and ultimately egg on an insurrection – was arguably more egregious and more damaging than many users banned before him.

But, as former Facebook executive Richard Allan has previously revealed, the US president was always going to receive special treatment compared to, say, the president of Brazil. “The greater the politics, the more reluctance there is,” he said, adding that “if it’s a president of a…far-off country, the decision is more likely to come down in favour of removing their content.”

This helps explain why Facebook CEO Mark Zuckerberg threw the Trump-shaped hot potato to the Facebook Oversight Board – he thought he could outsource the difficult decision about the nature and length of the ban to others.

But the board has thrown that potato right back into Zuckerberg’s lap. In its non-binding decision, the board deflected, stating: “In applying a vague, standardless penalty and then referring this case to the Board to resolve, Facebook seeks to avoid its responsibilities. The Board declines Facebook’s request and insists that Facebook apply and justify a defined penalty.”

For years, Facebook has abrogated responsibility for addressing viral disinformation and networked hate speech – even as their impacts spilled offline, leading to physical violence and preventable deaths—avoiding accountability by hiding behind the fig leaf of free speech absolutism.

But then came the January 6 insurrection, and finally the company acted against then-President Trump, de-platforming him indefinitely from Facebook and Instagram the following day.

It could be argued that the Oversight Board was itself avoiding a thorny decision. For example, it could have suggested a permanent ban – in line with existing Facebook policies – considering the serious risks to democracy and human life associated with Trump’s weaponisation of the platform.

Facebook’s Oversight Board has thrown the Trump-shaped hot potato right back into Mark Zuckerberg’s lap.

These are the sorts of editorial and curatorial decisions made by journalists and editors every single day, all around the world. But there is an ongoing resistance within Facebook (and other internet communications companies) to assume the editorial-style gatekeeping functions associated with journalism – the free and independent practice of which is protected under international human rights law because of its service to democracy and transparent, accountable governance. All this underscores the gulf between the values, ethics, and professional frameworks of Big Tech and journalism.

So, if Facebook isn’t a news organization, what is it? Early last decade, Zuckerberg had an idea: What if Facebook were a country? This led to countless utopian news stories and data visualizations involving representations of well-educated, digitally empowered, democratically engaged, and globally networked “citizens.”

A World Economic Forum video from 2017 described Facebook as more populous than China, while comparing WhatsApp and Instagram – both also owned by Facebook – to India and the United States, respectively. And some commentators went as far as portraying Zuckerberg as a benevolent dictator of this digital “country.”

Since then, the platform’s design and business model flaws have made Covid-19 disinformation viral, enabling what some have termed the “disinfodemic.” United Nations investigators have accused the platform of playing a determining role in the suspected Rohingya genocide.

Celebrated Filipina American journalist Maria Ressa accused the company of being complicit in her persecution, prosecution and conviction in Manila and a defeated US president used the platform to fuel an insurrection at the U.S. Capitol.

If Facebook were a “country,” it could be cast today as a rogue state. But – obviously – Facebook is not a country.