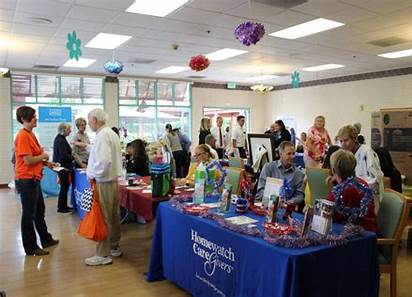 Tackling overmedication: Half of all doctors in US accepted $2.4 billion bribes from drug firms to prescribe their products

When my grandmother Carol Mitchell was diagnosed with Parkinson’s disease in 2010 at the age of 72, she was prescribed a drug called carbidopa/levodopa. She swallowed the little oblong pill four times a day – 7 am, 11 am, 3 pm and 7 pm.

In the years that followed, her doctors prescribed her a steroid cream for skin issues and drugs for depression, motion sickness, anxiety, acid reflux and early breast cancer. “I walked into her bedroom and there were vials everywhere,” says Elizabeth Mitchell, Carol’s daughter and my mother. “I was Googling each one to see what they were for.”

For Carol, who is now 82, taking all her drugs precisely when she’s meant to has been a tough goal. “I don’t want to take medications like that. It’s too much, I think,” she says. “You can’t leave the house because you’ve got all these medications to take.” Inevitably, she would find herself missing doses of her Parkinson’s drug – and when she did, her symptoms of tremours, stiffness and difficulty with speaking and walking would return or worsen.

In the past four years, that has led to four emergency department visits, two of which involved extended hospital stays.

To make taking the essential Parkinson’s pill easier, Elizabeth suggested that her mom wean herself off as many meds as she could with her doctor’s help, and today, Mitchell takes only the Parkinson’s drug. “I feel much better being on less medicines,” she says.

Elizabeth says that her mom is far more likely to take her carbidopa/levodopa at the correct time now, helping to keep her out of the hospital. But for many other elderly patients who are on multiple medications, weaning is not so easy.

Polypharmacy, often defined as the regular use of five or more drugs by one patient, is on the rise and is expected to grow as life expectancy increases and the global population ages. Elderly people not only take more drugs but also face a greater risk of severe side effects because their livers tend to be less efficient at metabolising and clearing medications from the bloodstream.

This risk is exacerbated by the fact that interactions between some drugs can be harmful and up to half of patients taking four or more drugs do not take them as prescribed, according to a 2020 analysis in the Annual Review of Pharmacology and Toxicology.

The US population is greying. In step with that trend, the problem of polypharmacy is predicted to grow. The World Health Organization (WHO) considers polypharmacy a major public health issue, contributing to the millions of hospitalisations that occur globally due to adverse reactions to drugs and responsible for billions of dollars in unnecessary health expenses.

Researchers and pharmacists are grappling with how to solve this overmedication problem. But doing so is difficult, not least because deprescribing or stopping, a patient’s medications is rarely taught when drugs are covered in medical or pharmacy school. “There’s not even the discussion that you need to check whether the balance of harms and benefits is constant over time,” says Tobias Dreischulte, a clinical pharmacist at Ludwig Maximilian University in Germany and one of the authors of the Annual Review paper.

But it’s doable, adds Dreischulte. He earlier did research at the University of Dundee in Scotland and is part of a team that published a series of guidelines to help that country’s doctors and pharmacists reduce the use of unnecessary or potentially dangerous medications.

Since the guidelines’ implementation in 2012, the number of excess medications and high-risk drug combinations prescribed to patients has dropped.

The question is whether similar practices can be applied to other countries throughout the European Union and across the globe.

“Historically, clinical treatment guidelines don’t have any recommendations or comment on how or when to stop medications,” says Emily Reeve, a researcher and pharmacist at the University of South Australia in Adelaide, who has been studying ways to reduce the impact of polypharmacy in older adults for the past decade. “How can we make deprescribing a part of regular practice?”

Worldwide, the number of adults aged 65 and up is on the rise. In the United Kingdom, for example, the number of older individuals is projected to increase by 67 per cent — or an additional 8.2 million people, a population roughly the size of modern-day London – from 2019 to 2068.

As people age, chronic medical conditions, from osteoporosis to cardiovascular disease to cancer, become more common. And for medical systems across many countries, prescribing drugs is the go-to method to treat these illnesses.

According to a report by the Lown Institute, a non-profit think-tank, 42 per cent of all older adults in the US take five or more prescription medications a day. Almost 20 per cent take 10 drugs or more, and over the past 20 years, incidences of polypharmacy have tripled across the country.

“Over the past few decades, medication use in the US, especially for older people, has gone far beyond necessary polypharmacy, to the point where millions are overloaded with too many prescriptions and are experiencing significant harm as a result,” the report states.

The pharmaceutical industry’s for-profit model may influence doctors to prescribe more medications, according to an investigation by the newsroom ProPublica. They reported that doctors who receive money for a specific drug prescribe that drug more often than doctors who aren’t benefiting financially.

In 2015, about half of all doctors in the US accepted payments from drug companies, totalling $2.4 billion. Another contributing factor is the disconnect between a patient’s different doctors, leading to prescribing without proper communication. Consequently, what seems to be a novel illness may in fact be the side-effect of a drug.

“All the specialty doctors just focus on their area,” says Grace Lu-Yao, a cancer epidemiologist at Thomas Jefferson University in Philadelphia. Many patients, including those with cancer that Lu-Yao studies, don’t have a doctor who can help them see the overall picture of their treatment and health. “Who,” she asks, “will be the person to look out for potential interactions, or to stop some medication?”

Sometimes, of course, it’s necessary to prescribe multiple drugs at once. For example, to stop a patient who’s had a heart attack from having another one, treatment can include medications that lower cholesterol, reduce blood pressure and stop blood cells from sticking together.