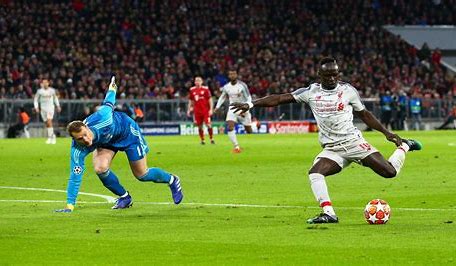 Senegal’s Sadio Mane has become Africa’s Bundesliga poster boy after his move from the Premier League. Broadcasters across the African continent are looking to him to help boost the popularity of German football.

When Bayern Munich unveiled Sadio Mane at the Allianz Arena on May 17, an unusual sound reverberated around the stadium. Hundreds of Senegalese fans had turned up to welcome their compatriot, singing songs in Wolof, one of the country’s major languages, to welcome their 2022 AFCON-winning hero.

“It was amazing. I didn’t expect that,” Mane told the Bundesliga.com. “When I heard them singing this famous Senegalese song in the stadium, I got emotional.”

The excitement about his signing has not just been among his Senegalese compatriots; it has sparked global interest. A Bundesliga spokesperson told DW that the league’s social media channels saw an almost 400 per cent increase in Facebook followers and an almost 50 per cent increase in new YouTube subscribers after Bayern’s Mane announcement.

The league’s “Sadio Mane Challenge” on TikTok already has more than 30 million views and the target-shooting clip is the second-best performing video on the channel. And when Mane won the CAF African Player of the Year Award in July, the Bundesliga.com’s livestream saw a more than 180 per cent increase in viewers.

And it’s not just online and on the pitch that Bayern Munich want to profit from Mane; replica jerseys with the 30-year-old’s name have been flying off the shelves.

“Currently, it is Sadio Mané who has had the greatest demand (from fans). You could see it in the first game (pre-season friendly against DC United), when the players were introduced and the reaction was the loudest for him,” said Bayern executive board member Andreas Jung.

On a continent where the English Premier League dominates greater interest and media attention, Mane is seen as the new face of something exciting.

“I think [Mane’s signing] has had a positive impact and I’m certainly hoping it will help grow the Bundesliga,” Gary Rathbone, GM Sport of the South African Broadcasting Corporation (SABC), told DW. “I’ve suggested we kick off our marketing campaign for the new Bundesliga season with the slogan ‘The new home of Sadio Mane.'”

The SABC has free-to-air rights for the Bundesliga in South Africa and Rathbone hopes that they can have more outdoor events now that the Covid-19 restrictions are behind them.

Pan-African broadcaster StarTimes also expects to see an increase in the number of viewers for the Bundesliga on the continent.

“Sadio Mane is one of the leading African football stars. More so as he is the reigning African football of the year, Sadio’s presence in the Bundesliga will of course draw a lot of fans in Africa, especially from Senegal his home country,” said Tunde Aina, Chief Operating Officer of StarTimes.

Some fans are already excited. Adefolahan Guerreiro is a Borussia Dortmund fan from Lagos, Nigeria, but even he was pleasantly surprised by Mane’s move to rivals Bayern.

“It’s quite exciting for me because I used to be the only one around who followed the Bundesliga,” he told DW. “But Mane’s signing has made more people interested in watching the Bundesliga. Even as a Dortmund fan, I think it’s good that I can watch games with more people around me.”

He’s only been in Munich for a couple of months but Mane is already ticking all the boxes off the field. Now, it’s time for him to deliver on it, starting away at Eintracht Frankfurt on Friday night.

When I got off the blokes, I knew it was going to be gold – Kenyan C’wealth 100m winner Omanyala