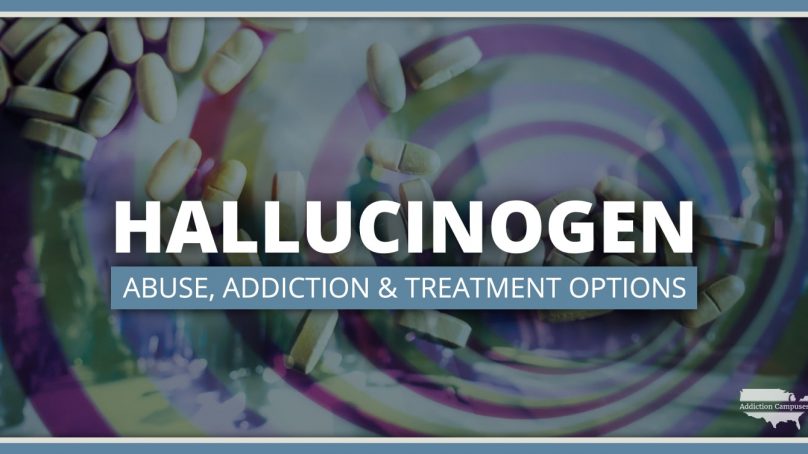 Regulators grapple with how to administer powerful psychedelics for depression

On a sunny day in London in 2015, Kirk Rutter rode the Tube to Hammersmith Hospital in hopes of finally putting an end to his depression.

Rutter had lived with the condition off and on for years, but the burden had grown since the death of his mother in 2011, followed by a relationship break-up and a car accident the year after.

It felt as if his brain was stuck on what he describes as “an automatic circuit”, repeating the same negative thoughts like a mantra: “‘Everything I do turns to crap.’ I actually believed that,” he recalls.

The visit to Hammersmith was a preview. He would be returning the next day to participate in a study, taking a powerful hallucinogen under the guidance of Robin Carhart-Harris, a psychologist and neuroscientist at Imperial College London.

Years of talking therapy and a variety of anti-anxiety medications had failed to improve Rutter’s condition, qualifying him for the trial.

“Everyone was super nice, like really lovely, and especially Robin,” Rutter recalls. Carhart-Harris led him to a room with a magnetic resonance imaging (MRI) machine, so researchers could acquire a baseline of his brain activity.

Then he showed Rutter where he would spend his time while on the drug. Carhart-Harris asked him to lie down and played him some of the music that would accompany the session. He explained that he would have on hand a drug that could neutralise the hallucinogen, if necessary.

Then the two practised a grounding technique, to help calm Rutter in the event that he became overwhelmed. Without warning, Rutter burst into tears.

“I think I knew this was going to be unpacking a lot – I was carrying a bit of a load at the time,” Rutter says.

When Rutter returned the next day, one of the researchers handed him two pills containing a synthetic form of psilocybin, the psychoactive ingredient found in magic mushrooms. Rutter lay down on the bed and put on headphones and an eye mask. Soon, images of Sanskrit text appeared to him. Later, he saw golden bejewelled structures. Then his mind went to work on his grief.

The Imperial study was one of spates of clinical trials launched over the past few years using illicit psychedelic drugs such as psilocybin, lysergic acid diethylamide (LSD) and MDMA (3,4-methylenedioxymethamphetamine, also known as molly or ecstasy) to treat mental-health disorders, generally with the close guidance of a psychiatrist or psychotherapist.

The idea has been around for decades – or centuries in some cultures – but the momentum has picked up drastically over the past few years as investors and scientists have begun to champion the approach again.

Once dismissed as the dangerous dalliances of the counterculture, these drugs are gaining mainstream acceptance. Several states and cities in the United States are in the process of legalizing or decriminalising psilocybin for therapeutic or recreational purposes. And respected institutions such as Imperial; Johns Hopkins University in Baltimore, Maryland; the University of California, Berkeley; and the Icahn School of Medicine at Mount Sinai in New York City have opened centres devoted to studying psychedelics.

Several small studies suggest the drugs can be safely administered and might have benefits for people with intractable depression and other psychological problems, such as post-traumatic stress disorder (PTSD). One clinical trial involving MDMA has recently ended, with results expected to be published soon. Regulators will then be considering whether to make the treatment available with a prescription.

But the strategies represent a new frontier for regulators. “This is unexplored ground as far as a formally evaluated intervention for a psychiatric disorder,” says Walter Dunn, a psychiatrist at the University of California, Los Angeles, who sometimes advises the US Food and Drug Administration (FDA) on psychiatric drugs.

Most drugs that treat depression and anxiety can be picked up at a neighbourhood pharmacy. These new approaches, by contrast, use a powerful substance in a therapeutic setting under the close watch of a trained psychotherapist, and regulators and treatment providers will need to grapple with how to implement that safely.

“The clinical trials that have been reported on depression have been done under highly circumscribed and controlled conditions,” says Bertha Madras, a psychobiologist at Harvard Medical School who is based at McLean Hospital in Belmont, Massachusetts. That will make interpreting results difficult.

A treatment might show benefits in a trial because the experience is carefully coordinated, and everyone is well trained. Placebo controls pose another challenge because the drugs have such powerful effects.

And there are risks. In extremely rare instances, psychedelics such as psilocybin and LSD can evoke a lasting psychotic reaction, more often in people with a family history of psychosis. Those with schizophrenia, for example, are excluded from trials involving psychedelics as a result. MDMA, moreover, is an amphetamine derivative, so could come with risks for abuse.

But many researchers are excited. Several trials show dramatic results: in a study published in November 2020, for example, 71% of people who took psilocybin for major depressive disorder showed a greater than 50% reduction in symptoms after four weeks, and half of the participants entered remission1. Some follow-up studies after therapy, although small, have shown lasting benefits2,3.

“Sometimes with a therapeutic, you look at the data and think, ‘It slightly moved the needle,’” says Jennifer Mitchell, a neurologist at the Weill Institute for Neurosciences at the University of California, San Francisco, who worked on the recently finished MDMA trial.

“Then you see MDMA and you’re like, ‘Never mind that.’ It’s a very different effect size.” Rutter was so moved by his experience with psilocybin that he has consulted for one of the companies sponsoring trials of the compound.

The current wave of interest in the therapeutic potential of psychedelics is something of a renaissance. In the 1950s and 1960s, scientists published more than 1,000 articles on using psychedelics as a psychiatric treatment; the drugs were tested on around 40,000 people in total

Then, as recreational use of the drugs spread, they were banned and the FDA constricted supplies for research. Only recently have neuroscientists and psychopharmacologists such as Carhart-Harris had the technology to start unpicking how they work in the brain. That has given them some insights as to how these compounds might help in psychiatric disease.

Researchers started exploring the biological effects of psychedelics in the late 1990s, using neuroimaging techniques such as positron emission tomography5 before and after volunteers used the drugs, or in conjunction with antagonists that dampen some of their effects.

The studies show similarities in how brains respond to psychedelics such as psilocybin and LSD, as well as to N,N-dimethyltryptamine (DMT), the active ingredient in ayahuasca, and to mescaline, a psychedelic compound derived from the peyote cactus. They all act on receptors for serotonin, a neurotransmitter that affects mood.

Serotonin is also the target of the predominant class of psychiatric drugs known as selective serotonin reuptake inhibitors, or SSRIs. It is now thought that these antidepressants work not by flooding the brain with the neurotransmitter, as was initially assumed, but by stimulating neuroplasticity — the brain’s ability to forge new neuronal connections.

There is some evidence that psychedelic drugs, such as psilocybin, enhance neuroplasticity in animals6, and limited evidence suggests that the same might happen in human brains7,8. Clinical studies also suggest that the biological effects work best in concert with human guidance.

The drugs “activate a therapeutic, dreamlike state, intensifying sensory perception, and memories pop up like little films”, says Franz Vollenweider, a psychiatrist and neurochemist at the University Hospital of Psychiatry in Zurich, Switzerland, and one of the pioneers of the modern era of psychedelic research. He thinks that this receptive state of mind provides an opportunity to help people escape from rigid patterns of thought, not unlike Rutter’s automatic circuit.

“People get locked into disorders like depression because they develop this system of thinking which is efficient, but wrong,” says David Nutt, a psychopharmacologist at Imperial College London and an outspoken supporter of evidence-based reforms to government policies concerning illegal drugs. Psychiatry has a term for such thinking: rumination.