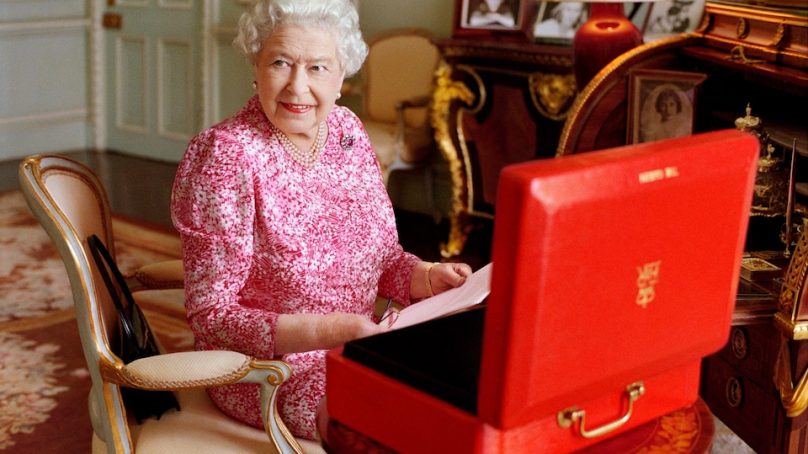 Britain’s longest-reigning monarch passed away at the age of 96, after 70 years on the throne. She is succeeded by her eldest son and heir, the Prince of Wales, who becomes King Charles III.

Her Majesty’s death comes after one of the most significant periods of her reign, in which she rallied the nation during the coronavirus pandemic, and felt the affection of her people as she returned to public life after the death of her beloved Prince Philip and celebrated her Platinum Jubilee year.

The Queen was last pictured in public formally appointing the new Prime Minister, Liz Truss, at Balmoral on Tuesday. She postponed a virtual Privy Council meeting the following day after being advised by doctors to rest.

On Thursday, Buckingham Palace announced that she was under medical supervision at Balmoral after her doctors became “concerned” about her health. The Queen had enjoyed remarkably good health until her mid-90s, where she scaled back her public appearances after suffering mobility problems and illness that required her to rest.

As she increasingly suffered from what Buckingham Palace described as “episodic mobility problems”, she was compelled to miss events, including the State Opening of Parliament, service of Remembrance at the Cenotaph and the Commonwealth Day service. In February, she contracted Covid-19 amid an outbreak at Windsor Castle.

Through it all, she maintained her devotion to her constitutional duties and was regularly photographed holding meetings in person and via videolink from Windsor.

The announcement of her death marks the start of national mourning, with the Royal court to spend one month officially honouring her memory. Across the country, union flags will be lowered, church services held, and condolence books offered for members of the public to pay their respects during the most seismic institutional change of most of their lifetimes.

Her Majesty’s many admirers are expected to be welcomed to commemorate her life over the coming 10 days, during a lying in state at Westminster Hall, a funeral at Westminster Abbey and a spectacular ceremonial procession to her final resting place at St George’s Chapel, Windsor.

Buckingham Palace will release official arrangements for the funeral in the coming days, after they have been signed off by the new King.

While the nation mourns the Queen, it will also mark the beginning of a new reign as a new era of monarchy begins under King Charles.

The Accession Council will now meet in St James’s Palace to agree the formal proclamation of the new King, which will be announced to the public from a balcony in the Palace’s Colour Court.

Charles is expected to be present at the meeting to take a religious oath, in what is expected to be the first time the historic ceremony has been televised live. While mourning his mother, he will go on to tour the United Kingdom and meet the public to thank them for their support of his family.

Members of the family, including the Queen’s four children, their spouses, the Cambridges and the Sussexes, will rally around in the coming days to mourn the late Queen and support the new King in what will be the most significant public mourning since George VI.

King Charles III is the oldest person in British history to become monarch. He long ago passed the previous record holder, William IV, who was 64 when he became king in 1830.

He already held the record of being the longest-serving heir apparent, having been first in line to the throne since he was three years old. Buckingham Palace will now instigate Operation London Bridge, its codename for the Queen’s funeral plans.

The funeral is expected to take place in 10 days’ time, before which the Queen’s body will lie in state in Westminster Hall in the Houses of Parliament, where the public will be able to pay their respects. The Queen overtook Queen Victoria as Britain’s longest-serving monarch in September 2015.

She will go down in history as one of the nation’s greatest sovereigns, having steered the country through the Cold War, given counsel to 15 prime ministers and built the Commonwealth into an organisation whose membership grew throughout her reign.

After navigating difficult times for the Royal family, affection and loyalty for her was at a high in her latter years in which she was viewed as the grandmother of the nation and a beacon of stability.

Like her mother, Queen Elizabeth, who lived to the age of 101, the Queen enjoyed such good health throughout her life that she rarely missed any public engagement. It was only at the age of 95 that she was obliged to take an extended break from Royal engagements for nearly a month amid health precautions.

She missed a number of key events, including the Remembrance Sunday service at the Cenotaph in Whitehall and the Easter Sunday church service.

As details emerged that her mobility was proving a problem, the Palace said the Queen’s attendance at Jubilee events would only be confirmed on the day.

During her reign, she visited 116 countries on 261 official overseas visits, which included 78 state visits, making her by far the most travelled monarch in history. She also worked tirelessly to promote the more than 600 charities of which she was patron.

Despite her exhaustive schedule of engagements, the Queen would begin every day by reading through State papers sent to her by Government departments in the famous “red boxes”, approving and signing them where necessary. This routine never varied, no matter where in the world she was.

‘I will be good’, said Queen in waiting

When she was born on April 21, 1926, Elizabeth’s parents had no reason to expect that she would one day be Queen; her father’s older brother, Edward, was heir to the throne, and it was only on his abdication in 1936 that Elizabeth became heir presumptive.

“I will be good,” she replied, when told by her governess of her new elevated status.

She married Prince Philip of Greece, who had been given the title Duke of Edinburgh the day before their wedding, in 1947, for which the Board of Trade allowed the princess extra clothing coupons for the satin of her wedding dress.

Their son, Prince Charles, was born a year after the wedding, to be followed by Princess Anne in 1950. On her 21st birthday, in an address from Cape Town, Elizabeth had declared that “my whole life, whether it be long or short, shall be devoted to your service”.

She spent the rest of her life making good on that pledge, and the nation showed its gratitude to her with the memorable celebrations of her silver, golden and diamond jubilees.

In 2012, when Elizabeth became only the second monarch to reach a Diamond Jubilee, Britain and the Commonwealth joined in four days of celebrations, including the biggest pageant of boats seen on the Thames for 350 years.

More than a million people turned out in appalling weather to line the banks of the river and to cheer the Queen as she made her way downstream on the Royal Barge.

Equally memorable later the same year was the Queen’s surprise appearance with James Bond during a film which made up part of the opening ceremony of the London 2012 Olympic Games.

She defied her age in her 90s, regularly spotted out riding in Windsor and charming members of the public she met on engagements with her quick wit and beaming smile.

After the death of the Duke of Edinburgh in April 2021, aged 99, she resolved to continue her duties and resumed her public engagements with a smile.

During the coronavirus pandemic, she rallied the nation with several moving messages, in which she told the shaken public: “We will meet again.”

She embraced technology in later life, amused to see her work transferring to video calls as she spent a unique lockdown in isolation in Windsor Castle.

There, surrounded by a small number of loyal staff, she spent time with Prince Philip in his final months and enjoyed the gentle pleasures of riding, walking the dogs and visiting her budgerigars.

The Queen is survived by her four children: the Prince of Wales, the Princess Royal, the Duke of York and the Earl of Wessex.