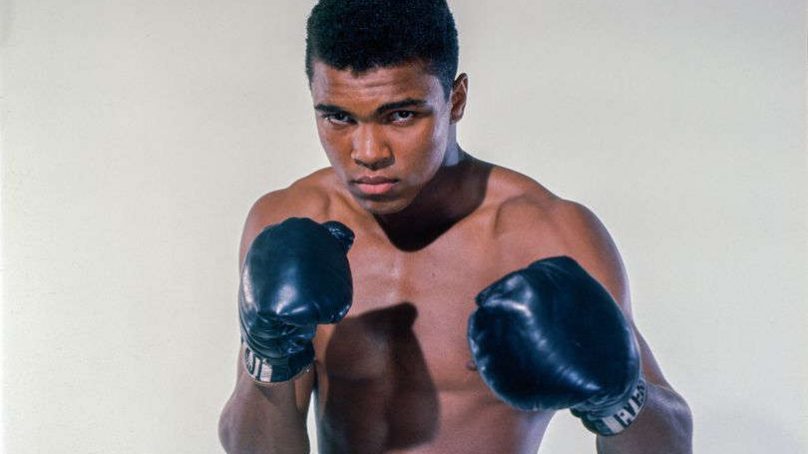 Muhammad Ali’s grandson, Nico Ali Walsh, is to make his professional boxing debut on August 14 in a four-round middleweight fight.

The 20-year-old star, who is the son of Rasheda Ali Walsh, Ali’s daughter, has signed a multi-fight deal with Top Rank and his opponent has not yet been revealed. Ali Walsh is taking on a huge legacy with many boxing fans believing his grandfather was the greatest of all time

“The Greatest” Ali, who died of septic shock in 2016, fought in 61 professional fights, winning 56 and losing five.

And while many would be scared to not live up to the fighter his grandad was, Ali Walsh says he is excited to get in the ring and show what he can do. He said: “I’m doing what I love. Signing with Top Rank is a dream come true. I’m going to have fun on August 14 and the next time I fight.

“Top Rank will give me the name, date and location and I’ll have a great time. I am honoured to continue the fighting legacy that my grandfather started. It is a responsibility I don’t take lightly.”

The fighter isn’t inexperienced as he has had around 30 amateur bouts, making his debut as a child at the St Baldrick’s Foundation. And he also had tutelage from his grandfather, who he calls Poppy, with his earliest memories being in the gym with him.

He added: “To me, I was hanging out in the gym with my grandfather. Sometimes I have to remind myself that he’s everyone’s idol.”

While he has plenty of fights under his belt, he won’t be fully focused on his boxing as he is still a full-time student at UNLV where he will hope to graduate with a bachelor’s degree in business next year.

Mike Joyce, Ali Walsh’s uncle and manager, brokered the deal with Top Rank. He said: “Family history and legacy was a big factor in Nico signing with Top Rank.

“I’ve signed many fighters to Top Rank, and Bob has always treated them fairly. Nico was a little bit in awe of Bob, and it cemented his belief that he was with the right promoter. He thinks this is going to be a historic journey.”

And Bob Arum, who promoted 27 of Ali’s fights, will also be taking the youngster under his wing. He added: “Nico’s grandfather was a pretty good fighter. Hopefully, Nico will emulate his success.”

He’s a young man of great character, which one would expect from Muhammad Ali’s grandson.”

Arum was involved in some of Ali’s classic fights including his “Thrilla in Manila” bout against Joe Frazier and his epic fight against Ken Norton at Yankee Stadium.