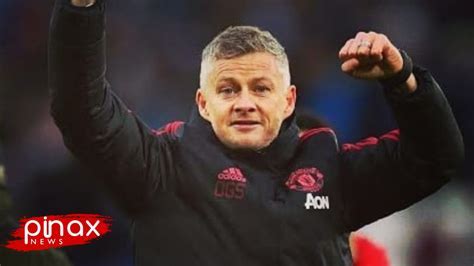 Ole Gunnar Solskjaer still hopes to further bolster his Manchester United squad this summer, but the Red Devils are likely to have to sell players first with eight men tipped to depart.

United have already brought in Tom Heaton and Jadon Sancho. Meanwhile, a deal for Raphael Varane is closing in after a bargain fee was agreed for the Real Madrid defender. The arrival of the France defender will take United’s spending through the £115 million ($160 million) barrier.

Solskjaer though is not done there. He still hopes to strengthen at right-back and in central midfield as he bids to mount a title challenge. To that end, the United manager is thought to have his eyes on several targets.

However, signing them will not come cheap. As such, the Daily Express claims United’s owners, the Glazer family, want the club to offload players first.

And they claim there are eight players the club are looking to offload this summer to raise additional funds.

Top of the list is Jesse Lingard, who could generate up to £25 million ($35 million) Having impressed while on loan at West Ham last season, it’s no surprise to see them back in the mix for his signature.

However, they are not the only ones keen with Everton and AC Milan also weighing up approaches.

Milan are also in the mix to sign another United man in the form of Diogo Dalot. The full-back – a Jose Mourinho signing – spent last season on loan at the San Siro. They want to re-sign the Portuguese on loan, though United would prefer a permanent sale.

Another defender tipped to depart is Phil Jones. He could be allowed to depart for free, with several Premier League sides keen. After several injury-plagued seasons, getting the £100,000 ($140,000) a week man off the wage bill will be a major plus.

Andreas Pereira is expected to be cut loose, having spent last season on loan at Lazio. The Brazilian recently stated his wish to make the return to Rome. Pereira could be joined in the Italian capital by Alex Telles, who remains a target for Mourinho’s new ide Roma.

Brandon Williams and Daniel James could also depart this summer, with Southampton and Leeds monitoring developments. James’ situation is further complicated by a long-standing injury to Marcus Rashford which is likely to require surgery.

And finally, United could look to cash in on Anthony Martial. His sale could generate as much as £50 million ($69 million) should United’s valuation be matched.

The likes of Tottenham and Barcelona have been mooted as suitors. He’s also being tipped to be used in a makeweight with Borussia Dortmund for Erling Haaland. That deal, however, does look unlikely at this stage of the window.

Indeed, the Daily Telegraph adds that United’s efforts to land Kieran Trippier depend entirely on them selling one of Lingard, or even Paul Pogba first.