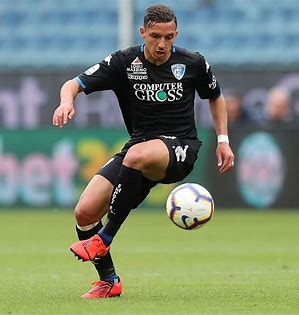 Manchester United are ready to give up Donny van de Beek this summer to boost their push to sign AC Milan star Ismael Bennacer, reports from Old Trafford say.

The 24-year-old has already played 105 times for the Serie A giants across all competitions. He is also an international for Algeria, having played 40 times for his country since 2016. Italian outlet Calcioiercato are reporting that Man Utd are ‘intent on making an attractive proposal’ to sign Bennacer.

The report notes that the Red Devils could ‘give up’ Van de Beek to get a ‘significant discount’ on Benncacer, who is valued at €45 million ($54.04 million). Bennacer’s current contract is due to expire in 2024. An exchange involving Van de Beek has been ‘proposed’ by Man United.

The Dutchman has barely featured for United over the past two seasons. He had a spell on loan at Everton last term. Though Erik ten Hag – who managed Van de Beek at Ajax – has suggested that the midfielder may be operated in an “advanced role” next season.

Meanwhile, Ten Hag labelled Lisandro Martinez a ‘warrior’ as he explained the key attributes of Manchester United’s new signing. United and Ajax have agreed a transfer fee of £46.8 million ($56.2 million), rising to £55.3 million ($66.4 million) for the 24-year-old, who will sign a five-year contract, pending personal terms and visa requirements.

Ten Hag, who worked with Martinez in his time with the Dutch giants, hailed the aggressiveness of the defender and his skill on the ball, admitting that him being left-footed was also key to the deal. Should Man Utd move on from De Jong?

“He’s a warrior and I think the fans will admire him. He has an attitude, fighting spirit,” Ten Hag said. “He brings aggressiveness in the game, in a good way. I think we need that. But also, he’s also skilful and he can deal with the ball and he’s left-footed.”

“I think it’s important, yeah,” the manager continued when asked if already being familiar with his methods will help Martinez adapt to the Premier League. “I think the Premier League is high intensity, lots of challenges. We need such players [with fighting spirit].

“Certain ideas, he knows them. That is an advantage, clearly. But also he has to adapt to a new country, a new club, new team-mates. So, also a lot of things will be different.”