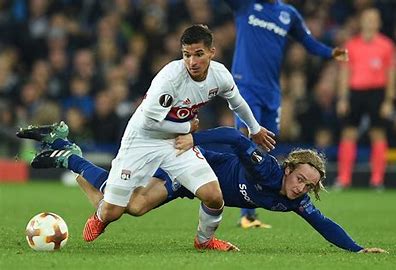 Liverpool is leading Arsenal in the chase for Houssem Aouar’s signature after the Gunner’s interest for the Olympic Lyon’s playmaker appeared to cool, reports in France say.

Arsenal failed with a £32 million ($48 million) offer to land Aouar ahead of the 2020-21 season – with Lyon demanding €60 million (£55.5 million/$76 million)) at the time – and the north London club returned with another unsuccessful bid for the Frenchman this summer.

The Gunners have since dropped their pursuit of Aouar and appear to have turned their attention to other midfield targets, with Anderlecht youngster Albert Sambi Lokonga joining for a fee of £17m this week.

Mikel Arteta is keen to bring another midfielder to the Emirates in addition to Sambi before the transfer window closes but Aouar is no longer thought to be at the top of their wish-list.

Earlier this summer, Lyon had been prepared to sell Aouar for a fee of just €20-25 million (£17-22 million) but their position has changed drastically following the arrival of new head coach Peter Bosz.

Le 10 Sport suggests the Ligue 1 club are now demanding €30-35 million (£26-30 million, which could see the 23-year-old priced out of a summer move away from the Groupama Stadium.

The report indicates that a switch to Liverpool remains the “greatest possibility” as Jurgen Klopp scours the market a long-term successor to Gini Wijnaldum, who joined Paris Saint-Germain on a free transfer earlier this month.

It’s claimed Lyon’s increased asking price would not be a concern for Liverpool and the Merseyside giants are unlikely to face any further competition from Arsenal for Aouar. Manchester United have been linked with the France international – who has been capped once by Didier Deschamps – but the Red Devils” interest remains just that for the time being.

A report in L”Equipe on Monday suggested Lyon may be required to offload several top stars before they can consider adding to their squad this summer. However, Lyon’s outspoken president, Jean-Michel Aulas, took to Twitter to deny these claims earlier this evening.

“No, OL are not waiting to sell before recruiting,” he replied.

“OL have no specific needs at this time and have a quality squad with a top academy, loan returns and two arrivals already!”