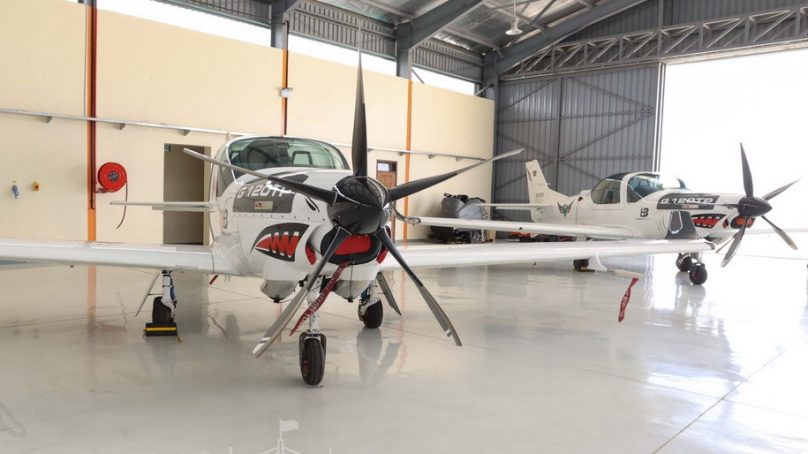 Kenya’s President and Commander-in-Chief of the armed forces Uhuru Kenyatta has commissioned the Kenya Air Force’s new Aviation Centre of Excellence (ACE), which will be used by the Kenya Defence Forces, government agencies and civilian companies as well as other East African nations.

The Kenya Air Force received six G120A-K models in 2013, becoming the first African air force to operate the type. One subsequently crashed on March 28, 2018, but the pilots survived.

“This academy shows that our focus is not on hardware alone. Any modern and progressive military must lay emphasis on quality training, which is a critical force multiplier for mission attainment,” Kenyatta said.

He said the acquisition of modern training aircraft and the establishment of the Aviation Centre of Excellence will assist KDF and other government agencies in creating a pool of skilled professionals to undertake varied aviation operations.

“I challenge the centre to tap into the East African Community and beyond by way of offering aviation training. This should not be limited to security sector actors but should be extended to civilian entities such as Kenya Airways and other airlines, who are also in critical need of highly qualified aviators,” the President said.

“These efforts will ensure that our defence forces are well-equipped to fulfil their constitutional mandate of guaranteeing national security. Moreover, these enhanced capabilities will extend Kenya’s ability to support disaster mitigation efforts in Kenya and regionally,” he said.