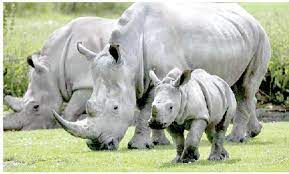 A new report on wildlife conservation in Kenya says the country did not experience poaching, which resulted in an 11 per cent increase in rhino numbers from 1441 in 2019 to 1605 in 2020.

The pandemic elicited fears of an increase in wildlife poaching as tourist revenues used to pay wildlife rangers reduced drastically.

However, joint measures put in place by the Kenya Wildlife Service (KWS) and partners such as International Fund for Animal Welfare (IFAW) ensured the safety of these pre-historic animals highly sought after for their horns.

“We congratulate all wildlife security partners and agencies for this major achievement in fighting wildlife crime and keeping Kenya’s rhinos safe. We are glad that the rhino population in Kenya has increased and for the first time in a long time had no rhinos die due to poaching,” stated James Isiche, IFAW East Africa Regional Director.

“The last eight years have seen a continuous decline in rhino poaching incidences, which is a testament of the measures put in place to safeguard rhinos. IFAW is glad to have a long-standing partnership with KWS and once again wish to commend the staff who put their lives in harm’s way just to ensure that Kenya’s wildlife heritage is preserved,” Isiche added.

In 2015, Kenya Wildlife Service put in place a forensic laboratory with a genetic database of rhino and elephant DNA as well as a monitoring system. The laboratory helps obtain critical data, which enables scientists to track endangered species and, if needed, link them to suspected poachers.

KWS Law Enforcement Academy also incorporated into its curriculum the training of wildlife rangers in forensic investigations to aid in prosecution of wildlife crimes against rhino and elephants.