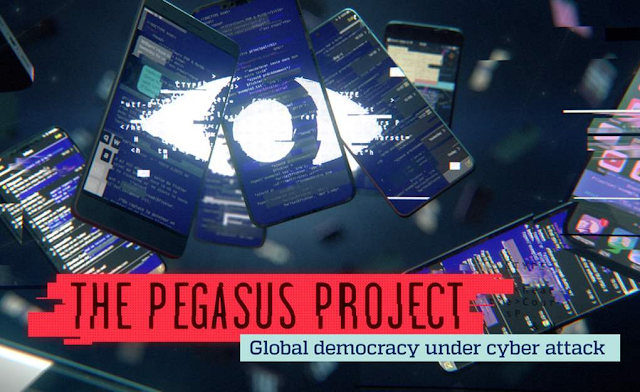 At least 180 journalists across the world have been spied on using Pegasus software, a tool developed by the Israeli cybersurveillance company NSO and sold to a number of clients, including states across the world, a report by Forbidden Stories – a worldwide collaborative journalism investigation- revealed on 18 July.

Consequently, the International Federation of Journalists (IFJ) has strongly condemned all attempts to interfere with journalists’ private communications, encourages journalists to use extra vigilance to protect their data and calls on governments to enshrine in domestic law the inviolability of journalists’ communications.

Among those who have been the targets of the global spying operations are human rights defenders, political opponents, lawyers, diplomats and heads of state, the Forbidden stories project revealed.

The list of the 180 journalists targeted includes reporters from global media platforms, as well as freelance investigators who appear to have been targeted by regimes determined to uncover sources, undermine research, and in some cases, stop their reporting.

Revelations of the use of NSO’s Pegasus software to spy on journalists shows the profound vulnerability of media freedom and illustrates the serious breach of the public’s right to know.

Tim Dawson, chair of the IFJ’s expert group on surveillance said: “Pegasus software is being used as an algorithm to undermine democracy. Confidential contacts provide the basis for all the best journalism – that which exposes waste, incompetence and corruption.

The privacy of reporters’ communications, whether by email, messenger or phone should be sacrosanct. Allowing tyrants, despots and the enemies of freedom access to tools such as Pegasus is the 21st century equivalent of smashing printing presses and storming tv stations.”

IFJ General Secretary Anthony Bellanger said, “We salute the incredible work of over 80 journalists across the world who have been able to shed light on irregular attempts to interfere with journalists’ private communications. The duty of reporters to protect their sources is the foundation of the journalism upon which free societies depend.

That such a leak is possible, however, underlines the dangers inherent in such powerful software. If media organisations can obtain such a substantial and detailed cache of information, then clearly so can those whose intentions are less honourable. Without robust regulation, the access of rogue actors to our most intimate information is inevitable.”

Journalists must redouble efforts to safeguard their own data. This must include using multiple phones, including “burners” that are less susceptible to Pegasus’ hacking, as well as adopting “tradecraft” to ensure that their phones do not have the potential to betray their every move and provide a ringside seat for their most sensitive meetings.

Governments must enshrine in domestic law the inviolability of journalists’ communications both abstractly and in the framing of specific laws and regulations such as those on domestic surveillance. Any dilution of such protections should be resisted.

The international community must build a regulatory regime that allows the inspection and regulation of any and all organisations supplying products that have the capacity to undermine such critical freedoms.