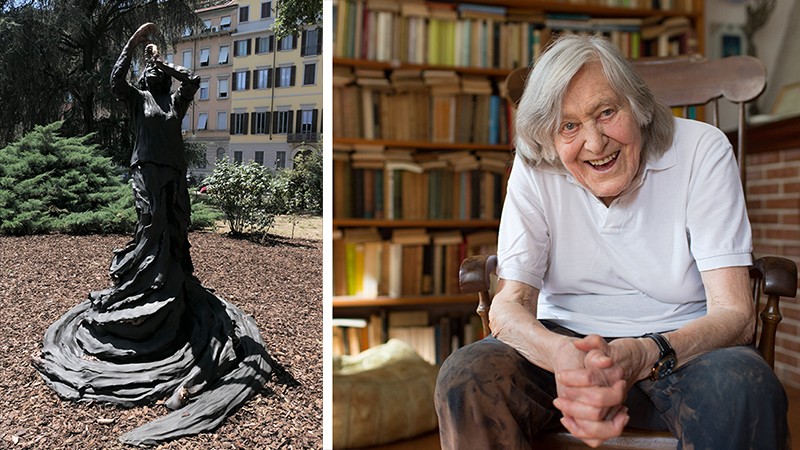 Astronomer Margherita Hack has become the first female scientist honoured with a public statue in Italy. Hack, who was born in 1922 and died in 2013, was a high-profile figure for decades in the country, where she was a prominent science communicator and is credited with inspiring generations of young women to pursue a career in science.

The bronze monument, by Italian artist Sissi, was unveiled on 13 June – a day after what would have been Hack’s 100th birthday – next to the main campus of the University of Milan.

In 1964, Florence-born Hack became the first woman to head the Astronomical Observatory of Trieste, a role she held until her retirement in 1987. She was also Italy’s first woman to become full professor in astronomy.

She specialised in spectroscopy and stellar evolution, and made frequent appearances on television, communicating science to the public. She was also politically active, campaigning for gay and abortion rights and against the Vatican City’s influence on Italian public life.

The statue shows Hack emerging from a vortex, representing the spiral shape of a galaxy. She is pretending to hold and look through a telescope, an inspirational pose she had taken during a photo shoot.

Sissi was one of eight women who had proposed designs for the statue, and was chosen as the winner by a jury. The piece was funded by the non-profit Deloitte Foundation; it joins fewer than 200 public statues of women in Italy. Back to the Roots: Liverpool star Sadio Mane joins friends for a football match in muddy village ground in Senegal