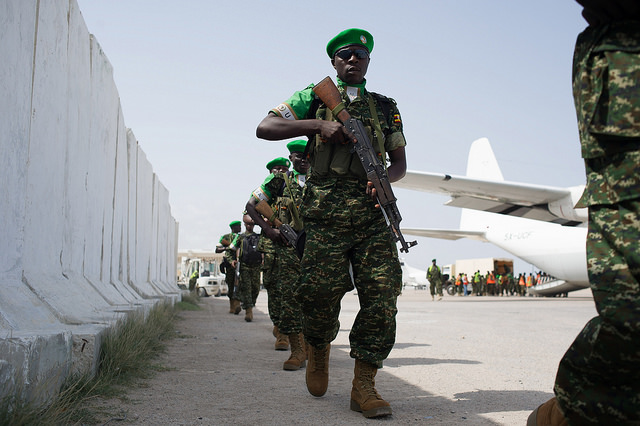 The Taliban’s swift takeover of Afghanistan has raised concerns that it could encourage other Islamist militant groups around the world, such as al-Shabab in Somalia to attempt the same in countries where they have a foothold.

Experts warn that when and if international forces there try to hand over security to the Somali government, the world could see a repeat of what happened in Afghanistan.

Former Somali intelligence official Abdulsalam Gulaid says Somalia could see a similar development unless the Somali government ends its overdependence on international troops. He a day after pro-al-Shabab media outlets in Somalia celebrated the fall of Afghanistan’s government to the Taliban.

Gulaid said that although al-Shabab does not possess the military power of the Taliban, he has no doubt nothing will stop them if they choose that path.

In April, Somali armed forces assumed a lead role in their operations, as laid out in a Somalia Transition Plan approved by the government and the African Union Mission in Somalia, Amisom. The plan is a strategy in which Amisom peacekeepers will gradually transfer security responsibilities to Somali security agencies before a pull-out. The plan signed in 2018 includes a troop reduction.

Last month, the military said more than 250 al-Shabab militants had been killed during Somali military operations unaided by Amisom.

First deployed in March 2007, the Amisom military component has been instrumental in helping Somali National Security Forces push the Al Qaeda-affiliated terror group, Al-Shabaab, out of much of southern Somalia including most major towns and cities.

It has created a relatively secure environment, which has allowed the Somali peace process to take root, allowed local population the opportunity to begin establish accountable local governance institutions that can begin to deliver services as well as rebuild the local economy and create linkages to the national economy and government

Speaking during an interview with local media, the Somali president’s national security advisor, Abdi Said Ali, strongly rejected any comparison of the security situations in Mogadishu and Kabul, or the Somali military to Afghan forces.

He said al-Shabab and the Taliban are not the same regardless of people’s beliefs, adding that Somali armed forces are currently in control and responsible for security in most parts of the country with support from Amisom peacekeepers.

Al-Shabab was pushed out of Mogadishu in 2011 by Somali and AU forces but the group still conducts bombings and hit-and-run attacks. It has recently threatened to disrupt ongoing Somali elections, warning tribal delegates not to take part in the process.