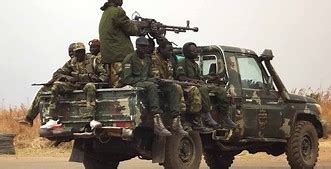 As United Nations Mission in South Sudan (UNMISS) forces surrender refugee camps under their protection to the government, national police in Juba concede that camp residents don’t trust them.

“Up to now, we have not taken over the [Juba camp] in terms of handling their security issues,” said Daniel Justin Boulo Achor, a spokesperson for the national police force. “They are there alone because if we go there, they will throw stones at us.”

UNMISS says troops that guarded the camps can now be used in other parts of the country where conflict is still raging – mostly between community militias and rebel groups that have refused to sign the 2018 comprehensive peace agreement.

Other aid officials and diplomats who spoke to The New Humanitarian also said it doesn’t make sense to devote so many resources to Protection of Civilians (PoC) camps, which host only one tenth of South Sudan’s roughly 1.6 million internally displaced people.

“The question becomes what is the rationale for devoting a relatively higher percentage of those resources to relatively smaller percentages [of people] within the [camps],” said one Juba-based diplomat who was not authorised to speak on the record.

“Is the argument simply: because they had suffered in the past, they are somehow more deserving of continued assistance going forward? Or is the argument that the direct threat to the individuals has largely passed, so now their protection needs, their humanitarian needs, need to be considered just as any person in South Sudan?”

Whether other areas benefit from the camp pull-out remains to be seen, however. Shortly before leaving his post in April, Shearer, the former UNMISS chief, said the mission would cut its overall military and police numbers by roughly seven percent in 2021.

One analyst with close knowledge of the mission said it “seems implausible” that UNMISS will have freed up enough troops through the camp handover to have a tangible impact on the security situation in South Sudan given the overall troop reduction.

“In reality, the mission will likely just have a reduced force with reduced capacity,” said the analyst, who asked not to be named to avoid jeopardising their relations with UNMISS.

Aid workers also fear funding – already a problem in South Sudan’s wider humanitarian response – may be further reduced as a result of the pull-out.

In the past, donors believed services had to be brought to PoC camp residents because they had nowhere else to go, said Esteban Sacco, acting head of mission for the UN’s emergency aid coordination body, OCHA, at the time of the interview in December.

If donors now consider the camps safer places to move in and out of – in line with UNMISS – Sacco said that could lead to less funding for things like road improvement and water management within the sites.

Last month, the UN’s World Food Programme said a funding gap – unrelated to the pull-out – had forced the agency to reduce food distributions, leaving around 700,000 refugees and internally displaced people, including those in PoC sites, with only half the recommended rations.

Aid groups said further cuts to funding would have a negative impact on the sites, where substandard living conditions are already causing high rates of diarrhoea, hepatitis E, and malaria.

Despite the dire conditions, camp residents said they have no plans to leave.

“I’m afraid of the government,” said James, a Juba camp resident who only wanted to use his first name. “I’m worried about men with guns, soldiers, police… they’re the same forces that were killing us.”