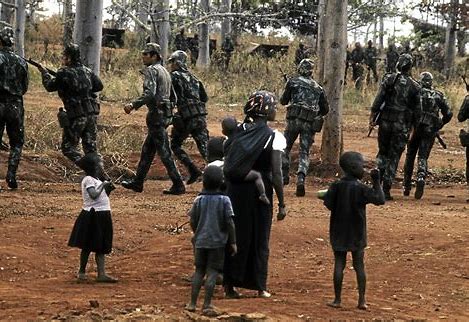 Political and economic exclusion, poverty and radicalisation came together to create the insurgency in Mozambique’s Cabo Delgado province, and although military intervention has driven the insurgents back, it will not solve the root causes that led to young men taking up arms.

This is according to a number of experts, who took part in a webinar hosted by the Africa Center for Security Studies on October 29 titled Understanding the Origins of Violent Extremism in Mozambique’s Cabo Delgado.

Although the insurgency only really picked up in 2017, its origins date back to at least before 2010 when local youth began to show signs of conversion to Islam in Cabo Delgado, said Dino Mahtani, African Programme Deputy Director, International Crisis Group. (Mahtani will be speaking at defenceWeb’s Countering the Insurgency in Mozambique event on 16 November.

The locals, especially in the coastal districts of Cabo Delgado, felt excluded from the political economy as well as the illicit economy and natural resources, he said. “What we saw over time coincided with the return of a number of students sent abroad for religious instruction…when they came back there was almost a perfect storm of socio-economic grievances, and ethnic asymmetry, which created a group with a religious flavour.”

Mahtani said many of the young men drawn into what is locally called Al Shabaab felt excluded from the formal and illicit economies, were on the fringes of society and had not much but enough money to be frustrated when it was taken away at things like security checkpoints. This was compounded by the expulsion of locals from the ruby mines, which were then taken over by “oligarchical forces”.

When natural gas was discovered and it looked that Cabo Delgado would become a development hub, “many of these young boys who felt their future was being denied them, chose the way of the gun. These young men had access to the coastal smuggling economy, and could acquire weapons,” Mahtani said. Around 2017, there were crackdowns in Tanzania and a number of Tanzanian jihadists went to Cabo Delgado and this was a major factor in the forming of the insurgency.

Independent terrorism expert Jasmine Opperman, who will also be speaking at defenceWeb’s Countering the Insurgency in Mozambique event, believes that natural resources played a very significant role in the build-up to the insurgency in 2017, especially when the government decided to intervene in the artisanal mining sector and take away opportunities from locals, which added fuel to the fire. When locals were pushed off the land in Cabo Delgado to make way for oil and gas development, this accelerated the insurgency.

The LNG (Liquified Natural Gas) sector is not necessarily one of the causes of the insurgency, she maintains, but it has not helped the situation.

“Irrespective of the LNG sector, the insurgency would have taken place. It may have taken longer but clearly the LNG sector has not lived up to expectations as Western companies had Western ideas of development that were not applicable and played a significant role in the frustration in play.”

Prof Adriano Nuvunga, director of the Centre for Democracy and Development in Mozambique, another panelist at defenceWeb’s event next week, explained that the political marginalisation of the political opposition, Renamo, in Cabo Delgado led to the Mozambican government not providing services and being present in this area. This led to the youth in this region feeling excluded and vulnerable, and open to recruitment of any kind.

Nuvunga believes the fact that Mozambique’s democracy is not inclusive has caused a lot of problems as it excludes a significant part of the population, especially young people.

“When you have election/democracy capture and no meaningful mechanism for participation in democracy, you create an overall socio-economic and political environment for violent extremism to thrive. This is the reality in the context of Mozambique.”

Although Mozambique’s insurgency has been characterised as an Islamist insurgency with foreign jihadi influence, Mahtani believes it is “a Mozambican affair first and foremost. There is a cloak of Islamic extremism, trying to implement sharia law and recruit people into a compelling movement on the ground, but when you look at the motivations of local fighters they may start to desert or want to leave if their payments are not coming in.”

He said many insurgents are motivated by the privileges of the gun and financing that this brings. Somalia’s Al Shabaab, and Islamic State, have tried to co-opt insurgents in Mozambique, especially following crackdowns in Tanzania and Kenya.

“That’s an Al Qaeda strain of radicalisation following down from Somalia. These young men were cracked down upon in Tanzania and fused with Mozambican militants,” he explained. As a result, a lot of money came through Kenya to insurgents in Mozambique, Uganda and the Eastern Democratic Republic of Congo (DRC).

Mahtani believes some Mozambican insurgents were trained in camps in the DRC but the essence of the insurgency is Mozambican with “a foreign plugin”.

AI: The goal should not be to make Google more money or help governments kill people more efficiently