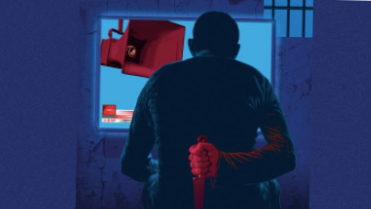 The European Federation of Journalists (EFJ) today joined the partners of the Media Freedom Rapid Response (MFRR) in calling on the District Prosecutor’s Office in the Polish city of Gdansk to drop its legal case against Gazeta Wyborcza reporter Katarzyna Włodkowska.

In a statement issued on Monday, EFJ also wants the prosecutor’s office to and to respect the journalist’s right of source confidentiality protected under the European Convention of Human Rights.

If the prosecutor issues a second demand for Włodkowska to reveal the identity of her source for a report on the investigation into the assassination of the city’s mayor, and she refuses to comply, she could face a prison sentence of up to 30 days.

The threat of imprisonment puts undue pressure on Wlodkowska and, beyond her, has a chilling effect on the journalistic community in Poland.

EFJ said, “The unjustified demand for the disclosure of Włodkowska’s source stems from an article she published in Gazeta Wyborcza and its supplement Duży Format in January 2020, entitled ‘Killer of Paweł Adamowicz: I will sit for two years and leave’”.

The report, published on the first anniversary of the murder of the mayor, published a fragment of a letter written by the alleged killer while in detention in which he said he would face a milder sentencing because he had been assessed as criminally insane.

At the time, the initial investigation by a group of expert psychiatrists had concluded that the man, who is accused of fatally stabbing Adamowicz on stage at a Christmas charity event in December 2019, was mentally ill at the time, meaning he could not face criminal liability. The ruling Law and Justice (PiS) party has claimed the liberal mayor’s killing was not premeditated and that the murder was instead the act of a mentally deranged individual.

Włodkowska’s reporting, and the information provided by an anonymous source with knowledge of the psychiatric assessment, presented a different version of events: that the assailant was fully conscious of his actions and had been planning the murder since December 2018.

The report caused a scandal in Poland and led to significant media attention and criticism of the government. Since then, additional assessments have deemed the defendant mentally fit enough to stand trial and have suggested that his drive to murder Adamowicz may have been fuelled by reporting by the government-controlled state broadcaster, Telewizja Polska.

Following publication of the article, the Gdańsk prosecutor’s office initiated an investigation and Włodkowska was questioned. She declined to disclose her source, who believes their safety would be jeopardised if they were identified. After multiple failed attempts to pressure the journalist into revealing her contact, the prosecutor appealed to a court to try and force the disclosure.

In January 2021, the Gdańsk district court sided with the prosecutor and ordered her to reveal the source. After multiple appeals, the verdict was upheld by the Court of Appeal in Gdańsk on October 15.

Two weeks later, the District Prosecutor’s Office again interrogated Włodkowska about the source. With the backing of her newspaper, she again refused to reveal the source’s identity, citing journalistic confidentiality. On 5 November, she was ordered to pay a fine of PLN500 (€108), which she rejected.

An appeal is currently underway. If the prosecutor again orders her to reveal the source, and she refuses for a second time, under the Polish criminal code she could be fined again and/or jailed for up to 30 days.

If this happens, Poland could become the only EU member state to have a journalist in prison for doing their job. The protection and confidentiality of journalists’ sources is a fundamental element of press freedom. It allows the media to report on matters of public interest without fearing that confidential sources or whistleblowers will face retaliation, and helps ensure that people with information feel comfortable approaching reporters.

It is also a right protected under Article 10 of the European Convention on Human Rights and repeatedly recognised by the Council of Europe and the OSCE. Exceptions to this rule are extremely rare and European jurisprudence is clear: such disclosure can only be justified if there is an overriding public interest for the source’s identity to be revealed.

Our firm assessment is that this case comes nowhere near the threshold required to force the disclosure of a journalistic source. Rather, this prosecution appears aimed at punishing a journalist working for the country’s biggest critical newspaper over a story which undermined the prosecutor’s office and damaged the credibility of the state’s probe into Paweł Adamowicz’s murder.

If Włodkowska is jailed, it would have a chilling effect on the country’s entire journalistic community and lead to a further deterioration in Poland’s standing on the freedom of the media. We urge the district prosecutor to drop the legal case immediately.

Our organisations stand in solidarity with Katarzyna Włodkowska. If she is arrested for upholding basic journalistic ethics and refuses to disclose her source, we stand ready to support Gazeta Wyborcza with further legal appeals, including taking the case to the European Court of Human Rights.

In the meantime, we urge international human rights bodies and the Council of Europe’s Commissioner for Human Rights to intervene immediately to ensure Włodkowska is not jailed for doing her job.