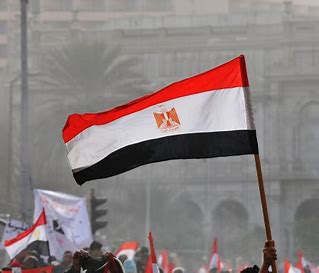 Egypt has released an online comedian, a journalist and a political activist after they spent months in pre-trial detention, two lawyers say.

It was the latest in a series of recent releases amid concerns by the United States and international rights groups over the arrest and harassment of rights advocates and critics of President Abdel Fattah el-Sissi’s government.

Security forces had arrested Srour, who is also an actor, at Cairo International Airport in December 2019 upon his arrival from the US.

He became popular on YouTube for his satirical videos that attracted millions of viewers. In 2019, he posted a video titled “Enough el-Sissi” in which he endorsed calls made by the self-exiled Egyptian businessman Mohamed Ali for people to rise up and rebel against the president.

Aboel-Fadl, the activist, was arrested in March 2019 in Cairo, while Sami was arrested in May 2020 in the Mediterranean city of Alexandria. Despite their lengthy detention, those arrested and released have yet to stand trial.

Egyptian lawmakers and other public figures have repeatedly urged authorities to release activists and rights advocates who have been detained in recent years over alleged politically motivated charges.

Journalists have also been targeted, with dozens imprisoned and some expelled. Egypt remains among the world’s top jailers of journalists, along with Turkey and China, according to the Committee to Protect Journalists.

The government’s sprawling investigation, also known as Case No. 173, dates back to 2011 when Egypt was ruled by a military council following the overthrow of long-time autocrat Hosni Mubarak. At the time, Egyptian authorities froze the assets and imposed travel bans on dozens of rights groups and human rights advocates, angering Western governments.

“After seven years of travel ban, Esraa can fly,” Abdel-Fattah wrote in a Facebook post. “Freedom of movement is a constitutional right.”