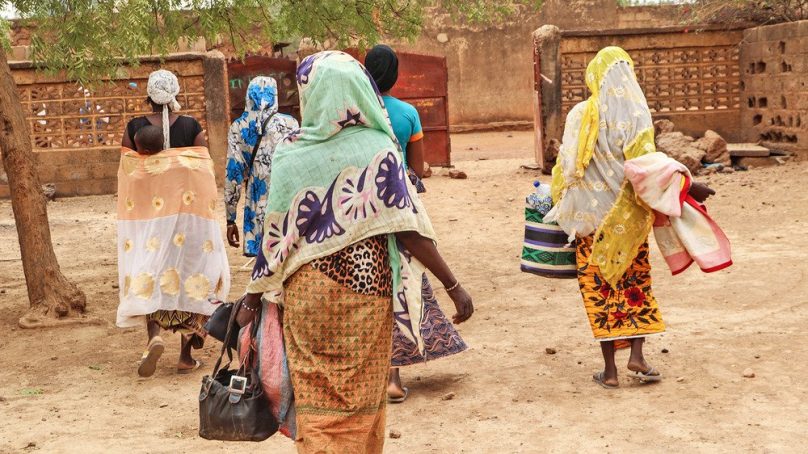 Women who escaped deadly attacks by Islamist militants, who have triggered one of the world’s fastest-growing displacement crises, say they go for weeks without food. But their ordeal, they said, didn’t end there: in places of supposed refuge, local men demanded sex from them in exchange for humanitarian assistance.

Eight displaced women living in Burkina Faso’s northern town of Kaya told The New Humanitarian they were approached for sex by local men, some of them community leaders, who said they were registering people in need of food aid.

Eight displaced women living in Burkina Faso’s northern town of Kaya told The New Humanitarian they were approached for sex by local men – some of them community leaders – who said they were registering people in need of food aid.

Most incidents took place over the past 15 months, the women said in interviews conducted in September 2020 and May 2021

An inter-agency system to prevent and address sexual exploitation and abuse is not fully in place nearly three years after the crisis escalated and aid efforts intensified.

Most incidents took place over the past 15 months, the women said in interviews conducted in September 2020 and May 2021.

“I said yes because I was afraid [to say no] and desperate to get on the list [for food aid],” said one woman, who asked not to be named to avoid reprisals.

The woman said she had registered in 2019 with the government to receive food but didn’t receive anything. She said she then met a community leader in charge of registration and had sex with him twice between June and November 2020 because he promised to put her on a list. She never received food, she said, and she still doesn’t know if her name has been added to the lists.

The registration of displaced people in Burkina Faso is managed by the central government and local authorities, which sometimes ask community members to assist with the process. Aid groups, including the World Food Programme (WFP) – the largest supplier of food aid in the country – provide assistance to those whose names are on the lists.

The women’s accounts echo others that government officials and aid workers said they were aware of. They also follow concerns raised by local media and international aid groups over rape and so-called survival sex in displacement camps in Kaya and other parts of Burkina Faso, where more than 1.3 million people have been uprooted.

Yet aid organisations and the government, which maintains a tight grip over humanitarian operations in the country, and prevents journalists from accessing the displacement camps, have been slow to put measures in place to prevent and address sexual exploitation and abuse. Aid workers and officials said issues affecting women and girls have taken a backseat in the wider emergency response.

Most of the women interviewed said they had refused the men’s advances but knew of other women who were propositioned in the same way, suggesting the abuse is widespread.

Another 16 women said men had asked them for cash in exchange for adding their names to the registration lists. All but one said they paid, though none received aid in return.

A 42-year-old mother of seven – displaced from her village in 2019 – said she paid 90 cents to a man with a clipboard standing in what she thought was a government building in December 2020. She said she didn’t receive any food aid.

“No one has ever told us what was needed to get food,” said the woman, who asked not to be named. “If we weren’t talking to you today, we’d [be] walking from one sector to another trying to find a place to get food.”

An aid official working for a humanitarian organisation in Kaya – a displacement epicentre – said they were aware of 13 women who said they had been approached by men for sex in the same circumstances in February and March this year.

The aid official asked not to be named, citing security concerns, and did not confirm whether they took action. It could not be confirmed whether the 13 incidents the official noted overlapped with the eight it unearthed.

A government official in Barsalogho – a town close to Kaya – said around 10 women in the area had visited the local administration between February and March this year to report that men had approached them for sex in exchange for food aid.

“In general, these women share this news after waiting in vain for the promised aid,” said the official, who asked not to be named, also citing security concerns. “We are so unhappy that these men spoil the name of our institution.”

Hélène Marie Laurence Ilboudo Marchal, the minister of humanitarian action in Burkina Faso, said she was aware of the problem and encouraged women to come forward and report the abuse. “The law condemns these things,” she said. “All the people who have been victims of this kind of abuse can denounce [it].”

WFP and other aid agencies said they had spoken to community leaders and local authorities about the need to address sexual abuse and exploitation in recent months. None, however, said they had plans to stop working with the registration lists, which the government requires they use.

Despite setting up systems for women to report sexual abuse and exploitation, none of seven large international aid agencies and NGOs contacted said they had received or reported any claims involving the registration process.