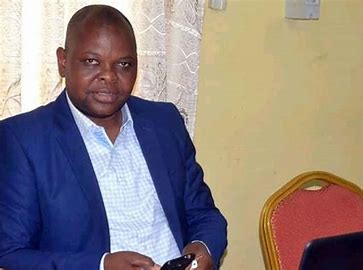 A journalist arrested in the Democratic Republic of Congo (DRC) last month for possessing a video showing the assassination of two UN sanctions monitors in 2017 was granted provisional release on Tuesday pending further investigation, his lawyer said.

Sosthene Kambidi, who works for Congolese news site Actualite.cd and at times with international news agencies, was arrested three weeks ago and told he was being investigated for criminal conspiracy, rebellion and terrorism. Prosecutors did not elaborate further.

Kambidi contributed to an investigation by Radio France Internationale and Reuters in December 2017 which revealed state security agents had helped plan a trip by the UN monitors to investigate reports of atrocities in Congo’s Kasai region.

Military prosecutors have dropped the conspiracy, rebellion and terrorism investigations but continue to investigate Kambidi for “culpable abstention”, according to his lawyer, Gode Kabongo, and the prosecutor’s written order.

Culpable abstention refers to a failure to perform a required act. Kabongo said it was not clear to what it was referring to in this case.

A military spokesman declined to comment. The chief military prosecutor could not immediately be reached for comment.

At the time of his arrest, diplomats and human rights groups expressed alarm, citing his professionalism and role exposing details about the killing of the UN monitors, Zaida Catalan, a Swede, and Michael Sharp, an American.

During the 2017 mission, Catalan and Sharp were stopped along the road by armed men, marched into a field and executed.

Congolese authorities have blamed a militia that was waging an insurrection against the government. They later arrested several government agents who they say were working with the rebels.

The ongoing trial has lasted more than four years, and several defendants have died in custody.