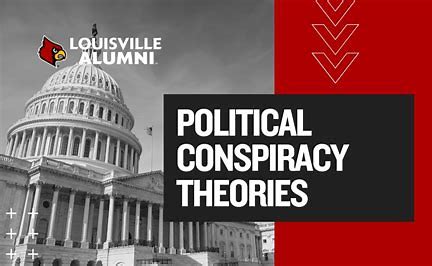 Conspiracy theories: Because we know a tiny sliver of the world, we accept what we can’t verify

In a recent series of studies, Sander van der Linden and colleagues conducted online surveys of more than 5,000 Americans from across the political spectrum, asking them to rate their political preferences and respond to questions that were developed by psychologists to measure conspiratorial thinking and paranoia.

One survey item, for example, asked participants to rate on a scale of 0 to 100 their agreement with the statement: “I think that events which superficially seem to lack a connection are often the result of secret activities.”

People at both extremes of the political spectrum were more prone to conspiracy thinking than those in the middle, but conservatives tended to be more conspiratorial than liberals, the researchers reported in Political Psychology last year.

“We think this is convincing evidence … of these differences between liberals and conservatives,” van der Linden, a social psychologist at the University of Cambridge whose research focuses on ways to combat misinformation, says. “I wouldn’t say it’s a large effect, but it wasn’t tiny, either.”

This difference, he thinks, may be rooted in group psychology. “There’s a lot of research that shows that, whereas the liberals are a bit more extroverted and rebellious and so on, conservatives tend to be focused on managing uncertainty and threat and in-group values,” he says.

Conspiracy theories are one way to make sense of events that seem overwhelming and may feel as though they threaten the groups and values that people most identify with, he says. “It’s definitely a mechanism to try to restore a sense of agency and control over the narrative.”

Van der Linden is quick to note, however, that liberals aren’t immune from conspiracy thinking. Conspiracy theories about technology seem more popular among liberals, for example, including ones involving pharmaceutical companies and genetically modified crops.

One reason that conspiracy theories find fertile ground in the human mind has to do with epistemology – the philosophy of how we know what we know (or think we do). Because any individual can know only a tiny sliver of the world first-hand, we have no choice but to accept a great deal of information we can’t verify for ourselves.

Most people believe (correctly) that Antarctica is very cold and populated with penguins, despite never having been there. The assumptions and cognitive shortcuts we use to decide what’s true make sense most of the time, but they also leave the door open for bad information, including conspiracy theories.

The 1963 assassination of President John F. Kennedy has spawned enduring conspiracy theories, perhaps because the event was so momentous it’s hard to believe it was the action of a single individual.

Since most of the information we encounter in everyday life (at least outside of social media) is true, that creates a bias toward accepting new information, says Nadia Brashier, a psychologist and neuroscientist at Harvard. And hearing a claim multiple times makes it seem even more true. “One of the most insidious influences on our judgment involves repetition,” Brashier says.

Dozens of studies have documented this “illusory truth effect,” mainly by asking participants to rate the veracity of trivia, rumours, product claims, fake news reports and other bits of information, Brashier and Duke University psychologist and neuroscientist Elizabeth Marsh write in a recent Annual Review of Psychology paper about how people determine what’s true.

Even people who recognise a statement as false the first time they see it are more likely to judge it as probably true after seeing it multiple times, Brashier says.

Ordinarily, it’s rational to assume that the more times you hear something, the more likely it is to be true, she says. “But we’re seeing bad actors hijack these shortcuts that we use that make sense in a lot of situations [but] that can lead us astray in others.”

Conspiracy theories also take advantage of our tendency to look for patterns and explanations, says Karen Douglas, a psychologist who studies conspiracy thinking at the University of Kent in the United Kingdom. Pattern detection serves us well in everyday life, Douglas says: It’s how we piece together how people typically behave in given situations, for example. Believing in a bogus conspiracy theory amounts to seeing a pattern that’s not really there.

In a 2018 paper, Douglas and colleagues recruited hundreds of volunteers online and quizzed them about their belief in various conspiracy theories, some well-known ones and some invented by the researchers. Participants who agreed more strongly with a sample of well-known conspiracy theories were more likely than others to also see meaningful patterns in a series of random coin tosses and in the chaotic, splotchy paintings of abstract expressionist artist Jackson Pollock.

“It seems that seeing patterns in random phenomena such as coin tosses and abstract paintings relates to the tendency to see patterns in political and social events that are happening in the world,” Douglas says.

Such studies reveal a human tendency to attribute events to the intentional actions of others rather than to pure chance, Douglas says. Work by others has shown that we also tend to assume that when something huge happens, something huge must have caused it. This also feeds into conspiracy thinking, Douglas says. The assassination of John F. Kennedy was too momentous an event to have been pulled off by a lone gunman, conspiracists argue. Surely the US government was involved – or the KGB, or the Mafia.