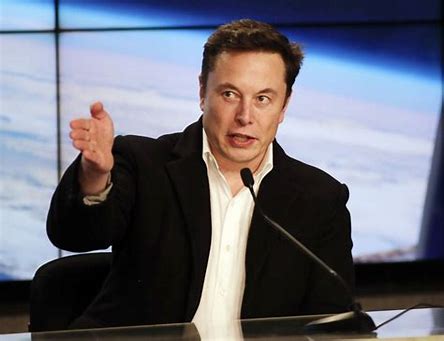 Elon Musk is one of the tech sector’s most inscrutable individuals – as evidenced by his recent decision to become Twitter’s largest shareholder.

On Tuesday, four weeks after he bought a 9.2 per cent stake in the social networking platform through the purchase of nearly 73.5 million shares at a total cost of around $2.4 billion, Musk joined Twitter’s board, where he will remain through at least 2024.

Musk’s shift from passive shareholder to member of the board is huge – and he now owns more than four times as much Twitter stock as the company’s founder, Jack Dorsey. (Musk’s stake was only announced on Monday, which is outside the timeframe required by regulators, something experts say is a “slam dunk” violation of financial law.) His move has also left many wondering what’s next for Twitter.

Musk joined back in June 2009 and has amassed 80.7 million followers to date. But despite such popularity on the platform, he has a longstanding love-hate relationship with it. In July 2016, he professed his love for Twitter. Then in February 2017 he described it as a “hater Hellscape.”

By December 2017, he was back to loving it. In February 2019, Musk replied to Twitter founder Jack Dorsey to say that “Twitter rocks.” But in July 2020, he tweeted that Twitter “sucks,” just months after saying that Dorsey had a good heart.

Musk’s hot and cold relationship with Twitter sheds little light on why he has bought into the company and joined its board, though theories abound. Musk did not respond to a request for comment.

One hint could be found in his recent Twitter posts. The entrepreneur has long been an open book on the social network, saying in 2018 that “my tweets are literally what I’m thinking at the moment, not carefully crafted corporate bs, which is really just banal propaganda.”

And recent tweets have been directed at the platform’s future direction. Since buying his stake in the company, Musk has polled his followers about whether Twitter should open source its algorithm for scrutiny and whether the platform adheres to the principle of free speech. He also said in tweets to other users that he worries about the impact Twitter’s algorithm will have on public discourse.

That rhetoric has raised the hopes of right-wing politicians who have been banned from the platform or seen their colleagues censored and sounded alarm bells for people concerned that the strides Twitter has made in shutting down hate speech could now be reversed.

“It’s pretty obvious that Elon is trying to make a play on free speech,” says crypto investor Maya Zehavi, who has held Twitter stock since 2019. “I think he would probably try to leverage his power on the board to make sure that Twitter doesn’t try to apply more restrictive censoring rules than they have to.”

That reasoning holds up for Adam C. Johnson, who is a professor of law at the University of Michigan and specialises in corporate and securities law. “I don’t think there’s any huge mystery about why he’s made the investment,” he says. “His tweets would suggest he thinks he has ideas that might improve Twitter.”

Activist shareholders, which we can assume Musk is in this case, generally take their stakes for one of three reasons, says Anil Dash, CEO of software development start-up Glitch. They either wade in to split up the company in a move that Dash says wouldn’t make sense for Twitter, to appoint a captive CEO (which Dash thinks is possible), or to get a dividend for themselves.

The latter wouldn’t work, as Twitter doesn’t yet make money. “Musk isn’t working toward any of those things, so he’s just ensuring he gets privileged on the platform, and then will try to bring back fascists like Trump,” Dash says.

Twitter spokesperson Adrian Zamora says Twitter is committed to impartiality in the development and enforcement of its policies and rules. “Our policy decisions are not determined by the board or shareholders, and we have no plans to reverse any policy decisions,” Zamora says. “As always, our board plays an important advisory and feedback role across the entirety of our service.”

Zamora says day-to-day operations and decisions are made by Twitter management and employees.

The percentage of shares Musk has bought – just under 10 percent – may also hold a key. Anyone who owns more than 10 per cent of any class of equity security is considered “an insider” by the Securities and Exchange Commission (SEC) and is subject to much more scrutiny.

It’s a policy enforced by Section 16 of the Securities Exchange Act of 1934 and one the SEC is likely eager to investigate after previously slapping Musk on the wrist, accusing him of defrauding investors by tweeting he had secured funding to take Tesla private in 2018 and settling a suit it brought against him. The settlement also included a requirement that Musk get approval for some tweets relating to his financial activity before posting.

Yet other elements of Musk’s new arrangements with Twitter – including his taking a seat on its board – open him up to short-swing profits liability. The agreement would prevent Musk from exiting any investment within six months without giving up the potential profits (when Musk announced he’d bought Twitter stock, the price rose from $39.30 a share to highs of $53.84).

Yet Twitter’s filing with the SEC, which confirmed Musk will sit on the company’s board, also shows he has a two-year term as director, which would prevent him from pumping and dumping Twitter stock.

There is an interesting wrinkle in that filing: Musk cannot own more than 14.9 per cent of Twitter stock while he is a director of the board, and for 90 days after, which Johnson calls “a standstill.” He calls it a quid pro quo move that helps keep the company safe from a takeover.

“The incumbent management feels they’re doing a great job, and they would rather not be fired. They’ve bought some protection against that at the price of giving him a board seat,” Johnson says. In most cases, that wouldn’t be so costly, but Musk isn’t like most people. “Elon Musk comes with his own headaches,” says Johnson. “I imagine they thought long and hard about it.”

Another theory deserves equal weight: Musk is doing it for the lulz. “I think folks ascribe too much of a plan to him,” says Dash. Instead, Dash believes Musk is making an attention play that could have longer-term ramifications. “At the highest level, being a board member is a job,” he says. “The responsibility of the job is corporate governance. Musk is demonstrably bad at this, as evidenced by his boards being wildly dysfunctional and irresponsible.”

Past travails with Tesla’s board have been detailed since 2018, while Musk has recently been sued by a Tesla shareholder for allegedly taking excess profits.

The purchase of Twitter stock, like many of Musk’s actions, could be an eye-wateringly expensive way for him to keep his name in the limelight, says Cary Cooper, a business professor at Manchester Business School. “He loves the media,” Cooper says. “He’s an entrepreneur, he’s unusual, he’s a character. And Twitter is a vehicle for communication.”

Others believe the deal makes perfect sense – and is one that could ultimately prove beneficial, rather than harmful, for the platform.

“It’s super exciting to have a Twitter super-user on the board,” says Zehavi. “Musk is a master of Twitter. He knows how to work Twitter in a way that even Jack [Dorsey] didn’t.” Zehavi does believe that the shift from being a supposedly passive investor, as per filings with the SEC, to actively sitting on the board of Twitter, is an opportunity for Musk to thumb his nose at the regulator.

“Like every opportunity to mock the SEC, Elon will take it,” she claims. And this, she argues, raises broader concerns about Musk’s actions. “The fact that someone can leverage so much power without any actual consequence is bizarre.”

What’s next for Twitter largely depends on the whims of a man who has long held a reputation for being highly idiosyncratic. But one thing is pretty certain: The whole process has run roughshod over SEC norms.

“Most people work hard to get along and avoid trouble,” says Johnson. Musk, he argues, not so much. “I’d say he’s the opposite. His attitude toward the SEC can be described as contemptuous.”

Theatre of hybrid warfare: Why Africa is rapidly gaining reputation as new ‘Wild West’ of the world