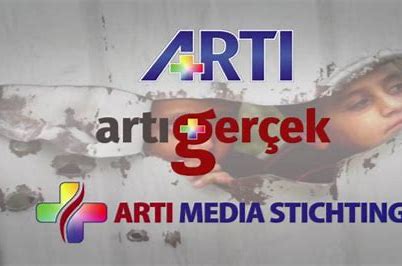 The turbulence the media industry plunged into continues since the onset of coronavirus following a decision by Greek Artı TV and online media Artı Gerçek to lay of 55 media workers.

This was after their parent company decided to terminate its contract with the two media.

Consequently, the International and European Federation of Journalists (IFJ-EFJ) and their Turkish affiliate DİSK Basın-İş have denounced the management decision and called for the workers’ rights to be respected.

The three organisations said in statement that the arbitrary termination of the contracts of the media workers is a continuation of governments and employers all over the world to trample on the rights of journalists and an assault on freedom of expression, freedom of information and the right to gainful employment.

IFJ-EFJ said five of the journalists on the chopping board have already been fired or forced to resign since the decision was made on March 22. The five sacked journalists include DİSK Basın İş work representative, Cenk Koçak, while 55 others still await their fate.

Journalists of either media had already been working without a pay-rise for the past four years, which forced them to negotiate a new collective bargaining agreement (CBA) that was signed with DISK Basin on March 4, this year.

The contract signed on March 4 included provisions implementing International Labour Organization’s (ILO) principles and regulations to “honour the value Artı TV creates by being the voice of voiceless, oppressed, women, people, workers and LGBTI+s,” according to DİSK Basın’s executive board. It also included provisions protecting workers’ social and economic rights.

“Since the signature of the agreement,” IFJ said in a statement released on Saturday, “media workers have been pushed to carry out further tasks outside their job description. Those who refused have been fired.”

In an earlier statement released on March 26, DİSK Basın İş said: “We strongly condemn the act of management which is showing true disrespect of workers’ right to be paid fairly and carry out tasks they have been hired for.”

EFJ General-Secretary Ricardo Gutiérrez appealed to the media organisations to rescind their decision and honour the agreement with the affected journalists.

Gutiérrez said, “We call on the German and Dutch owners of these media organisations to reconsider their decision. We call on the journalists’ organisations in Germany and the Netherlands, DJV, dju in verdi and NVJ, to show solidarity with their Turkish colleagues by putting pressure on the owners.”

The message was reiterated by IFJ General Secretary Anthony Bellanger.

According to Bellanger, “We are truly concerned about the termination of a contract that will put 55 journalists on the dole. We demand Artı Media Foundation review its decision to terminate its contract and consult with our affiliate DİSK Basın on options to secure media workers’ jobs. We will actively support the fight to save these jobs.”