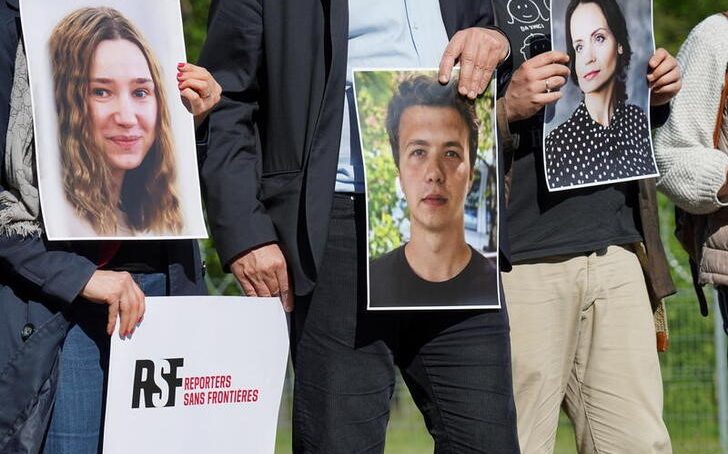 As world marks Human Rights Day, media reflects on 45 journalists killed and 365 others imprisoned in 2021

The IFJ’s statistics show that 45 journalists have been killed since January 1 this year and 365 are still behind bars.

In a statement to mark the day, “The two lists underscore the deepening crisis in journalism, with rights and freedom of journalists under sustained threat in many regions of the world.”

The crackdown on media professionals in authoritarian regimes, including massive arrests of journalists in Myanmar, Belarus, Azerbaijan and Hong Kong account for the growing number of colleagues behind bars today.

The IFJ’s list of journalists and media staff killed so far in 2021 is down from last year, with 45 killings recorded against 65 in 2020. While this decrease is welcome news, it is small comfort in the face of continued violence which claimed lives of journalists in countries like Afghanistan (9), Mexico (8), India (4) and Pakistan (3).

Again, Asia leads the regional pack with 20 killings, before Americas (9) Africa (8), Europe (6) and the Middle East and Arab World on just one.

The Asia Pacific region owes its top position on the killed list to the situation of journalists in Afghanistan as highlighted by the safety crisis in media, after the return to power of the Taliban with their avowed intolerance to independent reporting and hostile attitude to women’s participation in public life, including working as journalists.

The collapse of the Afghan government and the withdrawal of Western troops left thousands of journalists scrambling to get to safety, outside their country and abandoning their careers and livelihood.

“These are not the only violations of journalists’ right to exercise their profession in safety and independence. The IFJ denounced the new form of mass surveillance on journalists, Pegasus, a highly advanced spying device which was used to interfere with communications of thousands of people, including journalists,” the IFJ says.

Even the only rare positive development for journalists, the award of the 2021 Nobel Peace Prize to two journalists Maria Ressa and Dimitry Muratov, served as a reminder of the sacrifices they made in the service of press freedom and democracy in their countries, like so many any of their colleagues around the world.

“The world needs to wake up to the growing violations of journalists’ rights and media freedoms across the globe,” said IFJ General Secretary, Anthony Bellanger. “These lists of journalists in jail and colleagues who have been killed are clear evidence of deliberate acts to suppress independent reporting. They also point to the violation of the people’s fundamental right to access accurate, objective and fair information so that they can make properly informed choices about public affairs, which is a requisite for an inclusive society and true rule by consent.’’

As the world marks International Human Rights Day today, IFJ urged the United Nations to adopt a Convention on the safety of journalists to promote, protect and ensure the safety of media professionals in times of peace and during armed conflict.

The federation says the adoption would safeguard the ability of journalists to exercise their profession freely and independently in an enabling environment, without facing harassment, intimidation or attacks against their physical integrity.