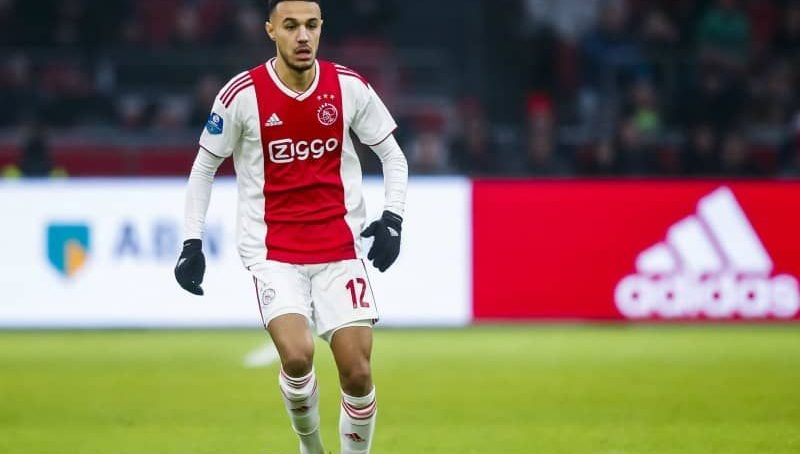 Arsenal are reportedly leading a four-way Premier League chase for impressive Ajax star Noussair Mazraoui, with the Dutch giants likely to be forced into his sale in January.

The Morocco international has established himself as one of the leading right-backs in European football. Indeed, he’s a vital member of Erik Ten Hag’s set-up as they plot another long run in the Champions League.

To that end, Mazraoui has caught the eye with some quality displays in the competition so far, including a home and away double win over Borussia Dortmund.

However, with his contract due to expire next summer, Ajax are seemingly looking at his sale in the winter window. Their director of football Marc Overmars is desperately trying to tie him down to a new deal. But so far, all negotiations have failed to see an agreement reached.

Mazraoui could of course sign a pre-contract agreement to move overseas from January 1. But it seems Ajax would prefer his sale to ensure they get some money for the player.

Now, according to Eurosport, his exit in January looks to be the most likely outcome. And while Ajax could look to sell, despite the excellent form of summer signing Takehiro Tomiyasu.

They state the Gunners hope to use their connection with Overmars to secure the signing of the 24-year-old. However, they are not alone in their interest for Mazraoui. As per the report, Manchester City and Brighton are also expressing a strong interest in the player.

But the strongest competition might yet come from Leeds United. Their director of football Victor Orta is also a fan of Mazraoui’s and sees him as a solid addition to Marcelo Bielsa’s squad.

Mazraoui recently confirmed that talks over a new deal were becoming ‘more difficult’, leaving his future up in the air.

“We have to see what happens. The longer it takes [to agree a new deal], the more difficult it becomes,” he said. “I have been with Ajax for 17 years so you understand the feeling – I want to take the next step. It shouldn’t be this season, but it shouldn’t take two years either.

“I’m open to a new contract, I also said that to Marc [Overmars, sporting director]. I am honest about that.”

Ajax have an excellent track record for producing some of the game’s brightest young talents. The likes of Frenkie De Jong, Matthijs de Lijt and Donny van de Beek have all broken through in recent years.

Leeds, meanwhile, are reportedly in contact with Eddie Nketiah and are looking to strike a bargain deal for the Arsenal striker in January, claims a report.

The 22-year-old appears surplus to requirements at the Emirates Stadium. He has not played a single minute of Premier League football in 2021-2022. The Londoner will be out of contract in the summer and an exit in January seems inevitable.

Indeed, a number of clubs are being linked with his signature. Crystal Palace and West Ham are both seemingly on his trail, while reports last weekend cited Borussia Monchengladbach as a potential option.

However, according to Tuttomercatoweb, it is Leeds who look the most likely candidates to sign Nketiah. The striker spent six months on loan at Leeds during their promotion season, scoring three goals from appearances 17 appearances. However, just two of those games were starts with Nketiah unable to dislodge Patrick Bamford from the starting line-up.

And while he was supposed to be at Elland Road for the season, his failure to be a regular saw Mikel Arteta recall him at the end of December. Nketiah though remains good pals with several members of the Leeds squad. He also earned a Championship winners’ medal for his efforts at Elland Road.