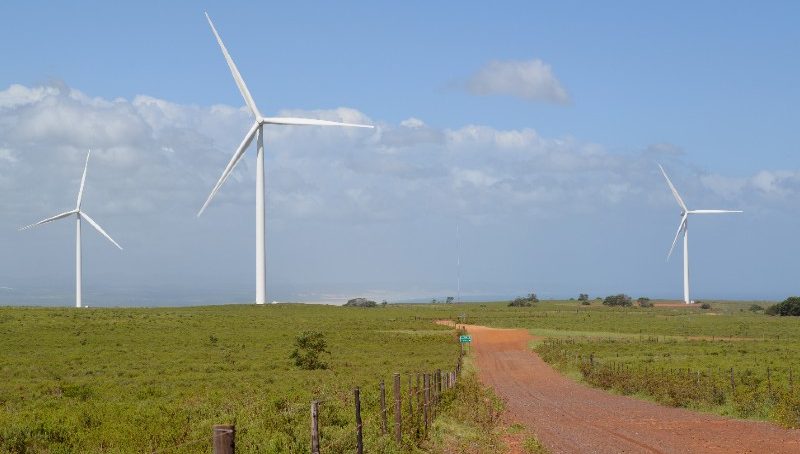 Siemens Gamesa has signed its first wind power project in Ethiopia with state-owned electricity company Ethiopian Electric Power (EEP) and in the process strengthened its leadership in Africa as the East African nation embarks on expansion of its green energy capacity to meet ambitious renewable targets.

The 100mw Assela wind farm is located between the towns of Adama and Assela, some 150 kilometres south of the capital, Addis Ababa, and will contribute to clean and affordable power for the country’s electricity grid.

The wind farm, expected to be commissioned by 2023, will save the country more than 260,000 tonnes of carbon emissions annually.

The country has set an ambitious target to supply 100 per cent of its domestic energy demand through renewable energy by 2030. According to the African Development Bank, Ethiopia has abundant resources, particularly wind with a potential 10 gigawatts of installation capacity and having installed 324 megawatts at present.

“Siemens Gamesa is intent on expanding its leadership across Africa and in turn help a growing transition to green energy across the continent. So, we are extremely pleased to begin work in Ethiopia and look forward to collaborating with both EEP and the country to continue to promote their drive to install more renewables and meet transformational energy targets,” chief executive of Onshore Southern Europe and Africa at Siemens Gamesa, Roberto Sabalza says.

According to a Wood Mackenzie forecast, around two gigawatts of wind power would be installed in Ethiopia by 2029.

The wind farm will be made up of 29 SG 3.4-132 wind turbines and is expected to be commissioned by the start of 2023. The project will generate about 300,000 MWh per year. Siemens Gamesa will provide full engineering, procurement and turnkey construction.

The Assela wind project will be financed by the Danish Ministry of Foreign Affairs via Danida Business Finance, in addition to a loan agreement signed between the Ethiopian Ministry of Finance and Economic Cooperation and Danske Bank A/S.

Ethiopia has many renewable resources covering wind, solar, geothermal and biomass. The country aspires to be a power hub and the battery for the Horn of Africa. The country’s National Electrification Programme that was launched in 2017 outlines a plan to reach universal access by 2025 with the help of off-grid solutions for 35 per cent of the population.

Siemens Gamesa is among global leaders in the wind power industry with a strong presence in all facets of the renewable energy business: offshore, onshore and services. With more than 107 gigawatts installed worldwide, Siemens Gamesa is billed to be “an ideal partner for Ethiopia at this critical juncture in the East African nation’s accelerating energy journey.”

Siemens Gamesa has been pioneering wind energy projects in Africa for 21 years. It has installed a total of four gigawatts in countries such as Egypt, South Africa, Morocco, Kenya, Mauritania, Mauritius Islands, Tunisia and Algeria. The installations represent 60 per cent of wind power production on the continent.

Experts say the technology company has the broadest product portfolio in the industry with leading technology and innovation, the scale and global reach to provide proximity to customers and high standards of health, safety and environmental protection.